Devorah and Alan Aranoff have contributed a lot to the Jewish people, but two things (aside from the many articles their family have inspired me to write) stand out in my mind. The first is that Alan, an architect, built their house in Lapid, a predominantly secular town in the Modi’in area. The family moved there with the hope of drawing people closer to Judaism with their open house and open sukkah policy. And they have.

But even more significantly, they have raised their five children according to the wisdom of King Solomon, each according to his or her own way, which has led to five children living an authentic Jewish life, but each following a slightly (or even greatly) different path.


The Aranoffs just married off their second daughter, Baruch Hashem. Their first, a free spirit, was married in a moshav to a guy who, like her, went to spend time in India, and she today has wisps flowing from a turban-like head covering. Their second daughter embraced Chabad. And Chabad, as they are wont to, embraced her back with a shidduch, a ba’al teshuvah, another devotee of the Rebbe. They were married at Kfar Chabad.

Her older brother, who had studied in the Gush, recited one of the sheva brachot, while her younger brother arrived at the wedding dressed in full IDF regalia, complete with rifle slung over his shoulder, because his battalion of soldiers had had their swearing-in ceremony just before and he went from simcha to simcha. Their youngest daughter, 17, is taking the best of the worlds from all of her siblings.

At the wedding, the Chabad rabbi noted in his speech that it was an amazing sign of achdut that on the eve of the elections, the guests in attendance covered the entire political spectrum – in Israel, that’s saying something! But politics aside, they were all together, united in celebration. And rabbis from different streams of Torah Judaism gave their blessings.

The ceremony went from solemn to jubilant. The father of the bride, a kohen, recited the Birkat Kohanim under the chupah. The bride and groom had composed a dvar Torah about geulah and unity which was distributed to the guests. It was one of the few weddings, maybe the only one I’ve been to, where people weren’t talking to each other or on their cell phones during the chupah. Well, there was a bit of talking, but it was all commentary on the wedding. And when all assembled sang “Im Eshkachech Yerusahlayim,” it was in one voice, in harmony in every way.

There was no assigned seating. It was wonderful – everyone sat with everyone, family and friends, regardless of whose side they were from, whether they were secular or religious or from the same part of the country. Guests had indeed come from all over the country and from abroad, including the bride’s two grandmothers, both in their 90s, who came from America.

The bride was radiant and danced with abandon as did her groom, appearing on video streamed in from his side. The women sang and danced, bare-headed and in every sort of headgear, in high heels and in bare feet. Aside from the traditional birkon, everyone was given a tzedaka box as a memento from the wedding. After all, tzedaka will help bring Moshiach. And there were also tzedaka boxes on the tables, and little girls anxious to begin fulfilling the mitzvah went around with their tzedaka boxes, vying with the other tzedaka collectors.

Compared to the heat and humidity of the city, the air of Kfar Chabad was not only cooler but had an air of imminent redemption. The wedding, joyous and attended by Jews of all stripes, seemed not so much a stepping stone to redemption as a herald of it. May it come soon and may we all rejoice in it. 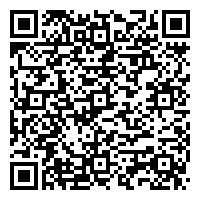