My good friend Bleemy, who was brought up in Toronto and now lives in Yerushalayim, told me the following true story in which she played a part.

Bleemy’s mother, Rivka, had two sisters, Minnie and Katie. The years went by and Auntie Katie went to live in a senior citizens’ home in Toronto. Her sister, Auntie Minnie, lived at home with her husband with whom she had a wonderful relationship. Time went by and Auntie Minnie’s husband passed away, leaving Minnie alone at home.

Auntie Minnie wanted to be independent and so, though she was gently asked if she would like to live in a senior citizens’ home like her sister, she was quite adamant about staying in her own home. But it wasn’t as simple as she thought it would be.

She missed her husband terribly and her loneliness was overwhelming her. Long after the days of mourning had ended, Auntie Minnie remained immersed in sadness. No one could comfort her, and gradually she became more than just sad – she became depressed. She stayed at home alone almost constantly, doing little, just reminiscing about her past and her life’s companion whom she had lost.

Auntie Minnie became so inconsolable and depressed that her children began to worry about her. They visited, brought the grandchildren to visit, bought her gifts, and sat with her and chatted with her about everything and anything that they thought might cheer her up. But nothing worked, nothing helped to bring her out of her loneliness and despondency. They davened that somehow Minnie would come out of her depression and b’ezras HaShem enjoy life again.

One day her daughter, Laura, had an idea; maybe she had heard or read about it or maybe it was spontaneous. In any case, she decided to give it a try. She went into town, went to an art supplies store, asked for advice from the saleswoman, and with love and hope in her heart, she bought paints, brushes, canvases, artists’ blocks of paper, and just about anything and everything else a person would need in order to create beautiful artwork.

With hope and a prayer, and the longing of a daughter to save her mother from the abyss of sadness, Laura drove straight to Minnie’s home and knocked on the door, her arms filled with unexpected packages.

Her mother answered and Laura said to her with a huge smile, “Mommy, I have a surprise for you! You’re going to love this! It will keep you busy, and you’ll also have beautiful artwork around you! It’ll make you happy, Mommy, you’ll see!”

As Laura began to spread the art supplies on the dining room table, Minnie looked at all the colors and canvases and said in a low-key voice, not at all influenced by her daughter’s efforts to cheer her, “What do paints have to do with me? I’ve never in my life painted anything. I’m not going to start now! Thanks, dear, but it’s not realistic.”

Laura could have sighed and given up, but out of her deep love and desire to help her mother, she kept talking to her, trying to convince her that she should at least give it a try. And finally, Laura’s efforts bore fruit and her mother agreed.

Laura asked around until she found a painting class that was nearby, and she succeeded in convincing her mother to join. And so it was that Auntie Minnie started painting, and to everyone’s surprise, including Minnie’s, she actually enjoyed it.

With time, her painting became very important to her and it became evident that she was even quite talented at it. Her teacher was extremely impressed by the quality and also the speed of Minnie’s work. And little by little Auntie Minnie’s paintings began to fill the walls of her home, adding color, joy, and yes, hope for a brighter future.

One day Bleemy, her mother, and Auntie Minnie went to visit Auntie Katie at the senior citizens’ home where she lived. As they entered the building, an elderly resident in a wheelchair asked Bleemy if she could do her a favor and help her get upstairs to her room as it was difficult for her to maneuver the wheelchair into the elevator and through the doors. Bleemy gave her a spontaneous warm smile and readily agreed, leaving her mother and Auntie Minnie in the lobby until she would come back.

The woman thanked Bleemy, and with a grateful smile, she introduced herself as Sally. Together they went to the elevator, and from there to the second floor. As they got out of the elevator and Bleemy wheeled her toward her room, Sally said, “You see all the paintings on the walls here in the hall? I painted them! There are more in my room. Please come in so I can show them to you.”

Bleemy looked at the colorful paintings on canvas and showered praise on the woman who had made them. “They’re beautiful!” Bleemy said. “They’re so colorful and interesting. They’re amazing! I can see a lot of hard work went into them – as well as a lot of talent!” Sally lit up with joy at having someone recognize the heart and effort that had gone into making those paintings. And also, of course, like all of us, she enjoyed being complimented.   They went into Sally’s room and there more colorful paintings of various sizes and styles adorned the walls. Again Bleemy enthusiastically complimented and praised the older woman who thoroughly enjoyed everything Bleemy said and the warm, loving, appreciative way that she said it.

Suddenly Bleemy had an idea. “You know what?” she said to Sally. “I have an aunt who also likes to paint – my Auntie Minnie. Maybe you’d like to meet her.”

“You know,” Sally said, “the truth is that I’m not so busy all the time. Okay, I’m willing to meet your aunt.” Bleemy was thrilled. “Great!” she said. “Minnie is right downstairs in the lobby. I’ll go get her and bring her up!” And with that, Bleemy left Sally’s room and went happily toward the elevator.

Back in the lobby, Bleemy told her mother and Auntie Minnie all about Sally and her love of painting. “Come on, Auntie Minnie, come upstairs with me to meet her!” Auntie Minnie answered in a dry voice, obviously not at all excited by the prospect of meeting Sally, “What do I have to talk about with an old lady in an old age home? I paint, she paints. Very nice. What’s there to talk about? I don’t want to go.”

Bleemy, with her beautiful, kind heart, kept trying. “It’ll be nice for you to meet each other and discuss whatever it is that artists discuss together! It’ll be interesting and fun for both of you.”

“I’m not in the mood for talking to an old lady,” said Auntie Minnie. A short pause to think, and then Bleemy responded, “Oh please, Auntie Minnie, you have to come up because I already told her I was bringing you to meet her. It’ll hurt her feelings terribly if you don’t come.”

Auntie Minnie thought for a moment and then said, “Well, I certainly don’t want to hurt anyone’s feelings. Let’s go!” And with that Bleemy turned to her mother and said, “Mommy, can you visit Auntie Katie meanwhile, and tell her please that we’ll be there in a little while?” Bleemy’s mother agreed and Bleemy and Auntie Minnie headed for the elevator.

As they walked down the second floor hallway toward Sally’s room, Bleemy pointed out the paintings on the walls, telling Auntie Minnie that Sally had made them. Auntie Minnie looked at them as they walked, and even stopped in front of one or two of them to look at them more carefully.

“Not bad,” she said. “These are nice.” Bleemy was feeling hopeful as they approached Sally’s door. Saying a silent prayer, Bleemy knocked. “Who is it?” they heard from inside. “It’s me, Bleemy, and my Auntie Minnie.”

Sally was the first to speak. In a delicate, weak voice she said, “Minsha, is it you? Is it you, Minsha?” Again that thick, deep, throbbing silence, and then Auntie Minnie answered with overwhelming emotion, “Yes… Dvorshi, is it you?”

Sally was also overwhelmed and clearly shaking as her eyes filled with tears. She slowly nodded and barely got the words out of her mouth. “Yes , yes, Minsha, it’s me, Dvorshi.” And they both wept from deep within their hearts. They embraced as if the years that had passed were nothing.

Seventy years ago, they were classmates and good friends in Poland. And then, as the filthy winds of the Holocaust approached, they were separated as both their families tried to escape, like so many others, some of whom succeeded and some who rachmana l’tzlan didn’t. With miracles, many miracles, both families did succeed in escaping, though by then Minsha and Dvorshi had lost all touch. It never occurred to them that they would see each other again. And as the years and decades past, they had even forgotten about each other, not wanting to think about what the other’s fate had been. 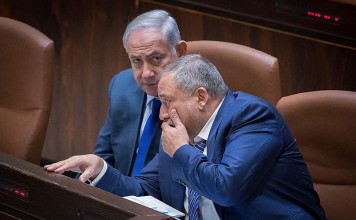 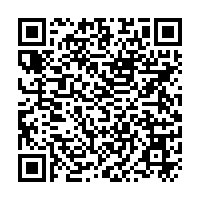