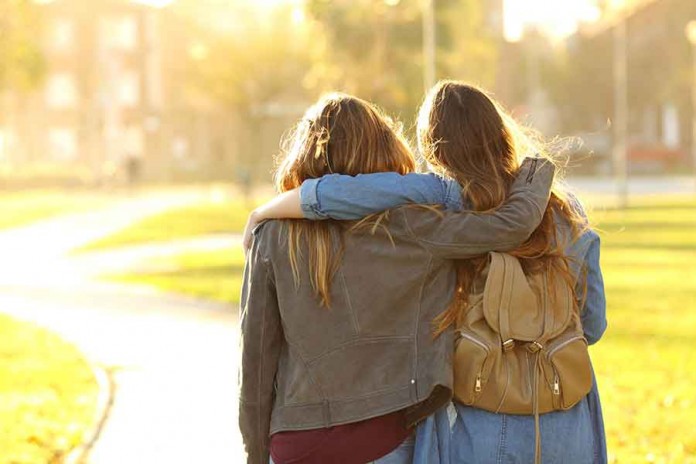 Our friendship began through a series of hashgacha pratis encounters disguised as serendipity, and apparently it is through a similarly-veiled version of hashgacha pratis that it continues to endure. This reality has manifested itself any number of times over the past decade plus, and this past Shabbat has proven once again that it happily remains ongoing.

We made aliyah from the United States during the same summer they did some twelve years ago, we from the West Coast and they from the East. And we remarkably ended up buying apartments and residing in the same neighborhood, a mere two blocks apart. However, we did not actually meet in proximity to our homes, as would be expected. Instead, we were seemingly thrust together by some Divine Hand, and consequently found ourselves sitting side-by-side in the waiting rooms of various government offices, day after day, week after week.


When we finally yet inevitably bit the proverbial bullet and introduced ourselves to one another, we discovered that we had multiple connections in common, including mutual friends and close family members. We became instant friends and invaluable sources of much-needed support during our shared process of aliyah and klita. Eventually our friendship evolved even further, and before long we were interconnected in myriad ways, both personally and professionally. Over the ensuing years we established a beautiful relationship, including an annual tradition of enjoying fabulous Yom Tov meals in each other’s homes, basking in one another’s company. And as our children grew, we likewise began to participate in each other’s major milestones and simcha celebrations.

So they were there to enhance our joy when several of our children got engaged and married, and we rejoiced along with them at their Bar and Bat Mitzvahs over the years.

Then somehow, despite our twenty year age gap, they too joined the parsha! Soon after we were zoche to marry off our tenth child, their oldest daughter b’H met her bashert!

And, then we experienced an ironic twist of fate: After they had repeatedly poked playful fun at us over the years for being blessed with the juxtaposition of incredible joy coupled with extreme overwhelm not once but twice, suddenly the tables were turned!

Five years ago we married off two children three weeks apart, and just recently we made weddings for our last three kids within the space of six months. Now it was blessedly their daughter who was getting married, followed a week later by the engagement of their son!

And soon after they celebrated the official engagement party for their oldest son, I received a WhatsApp invitation to their youngest son’s Bar Mitzvah! Now it was my opportunity to comment on their wonderfully familiar breathless whirlwind of simchas!

Since I was inundated with more pressing matters when I glimpsed their latest invitation on my screen, and assuming that I had at least a few weeks until the actual Bar Mitzvah, I shot off a quick Mazel Tov along with the usual humorous observation, and then went about attending to my business and busyness.

Shabbos morning found me with the usual houseful of company, but I excused myself for a few moments to take advantage of the comfortable temperatures to enjoy some much-needed peace and quiet and even more crucial exercise. As I was walking around my neighborhood relishing the welcome cloud cover and pleasant breeze, I took a popular shortcut and turned onto my friends’ block for the return journey.

Out of the corner of my eye, I noticed a group of black and white clad waitstaff hard at work spreading velvet tablecloths over tables and then proceeding to set up platters and trays of attractively-arranged baked goods and jewel-toned fruit and vegetable arrangements.

Suddenly (despite it being Shabbos!) a light bulb flickered to life in my overloaded brain. I approached the busy young people and hesitatingly asked, “Are you by any chance setting up for a Bar Mitzvah for Family X?”

And when they responded in the affirmative, I thankfully had the presence of mind to ask what time the celebratory Kiddush was scheduled to begin. I admittedly did not request outright that they keep my little secret, but I suspect that they may have winked knowingly. And I definitely had an added bounce in my step as I climbed the hill back to my apartment.

After I finished davening and setting the Shabbos table, I arranged the food on the hot plate, and once again excused myself to my guests.

“I’m going out to say Mazel Tov to my friends a few blocks over who are making a Bar Mitzvah now,” I announced, after filling them in on my close call. “Be’H, I’ll be back soon, but please feel free to make your own kiddush in the meantime…”

By the time I walked back to my friends’ block, the tables that had ostensibly been magnificently set up and laden with delicacies less than an hour earlier were already virtually bare, with just some floral arrangements, nosh, and decorative vegetables remaining as a dim reminder of all that had come before. And only a few stragglers and latecomers were present, enjoying a private audience with the radiant baalei simcha.

Needless to say, the Bar Mitzvah boy was already nowhere to be found, but I gratefully greeted and caught up with his beaming parents and the newly-minted chassan before once again returning home to my own guests. And when my husband returned from shul shortly thereafter, I immediately apprised him of the situation and then shooed him off to confer his own Mazel Tov wishes on the happy family.

So, in a serendipitous manner eerily reminiscent of our initial meeting, we were fortunate to have merited Divine assistance again, and I was somehow placed in precisely the right place at the right time once more. This time to tend to and nurture the precious relationship whose seeds had been miraculously planted over a decade earlier. 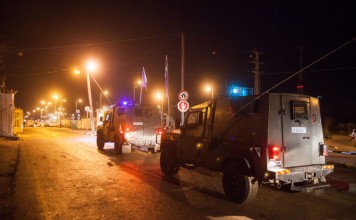 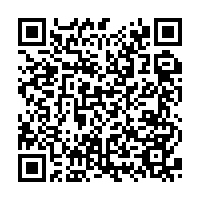