During the course of a day, something occurs that touches me. My kids see the wheels turning in my head and ask, teasingly, if I have another idea for one of my columns. It can be a simple kindness, or it can be one of the miracles that Hashem has wrought for us.

We visited my oldest daughter, Rivkie, and her family in England for Pesach. One day, we took some of our grandchildren to a neighboring playground. Eight-year-old Huvi, who has special needs, labored to climb to the top of a steep, winding staircase and called out, “Bubbie, Zaidy, look at me!” I cried tears of joy and expressed my thanks to Hashem for this miracle.

Last year my husband and I spent Sukkos with our son, a Chabad shaliach in Las Vegas. We stayed with a lovely Canadian couple, Ronna and Dave. We saw her again recently when visiting our son. She told me that her finger was swollen, she could not remove her wedding band, and that her finger was turning blue. My husband, a former diamond setter, thought that with the right tool, he could remove the ring. Otherwise she would have to go to the fire department for assistance.

It was Shabbos and she insisted on waiting until after Havdalah to come over. My husband told her that if he heard the right “click” when the tool made contact with the gold, he would be successful; otherwise, he would not continue the process.

Thank God, the combined efforts of my husband and son were successful.

Now permit me to introduce you to “Uncle Bernie.” He is a retired family practitioner who likes to frequent casinos. He is a widower with a wonderful, dry sense of humor. He joined us for Shabbos lunch at my son’s home.

He noted that when he plays cards, he often noticed that the wives stand behind their husbands. He strikes up conversations with the ladies, asking them if they are Jewish. If so, he asks whether they light Shabbos candles. If the response is negative, he asks why they don’t practice this ritual.

Sometimes the silence is so deafening that the offending lady feels that she must defend her decision not to light candles.

Uncle Bernie then makes the following offer: With no strings attached and at his own expense, he will send the woman a priority mail package that would include two candlesticks, candles and the blessing in both Hebrew and English.

To date, Uncle Bernie has mailed about 20 sets. Who knows how many ladies he has encouraged to light Shabbos candles?

We all know about the possibility that mitzvah goreres mitzvah (one good deed could lead to another).

Imagine the odds that the impetus for growth in Yiddishkeit could emanate from a card table!

Lior was our waiter at a restaurant we frequented. He looked familiar to me but I could not place him. My son reminded me that when he flew in some boys for a Shabbaton in Crown Heights, Lior ate at our Shabbos table.

Lior’s family emigrated from Israel. As he became more and more observant, he tried not to make waves. One day he joined his parents for dinner in a non-kosher restaurant. Lior chose whatever foods he thought were more in keeping with kashrut, and removed a kippah and a plastic cutlery set from his pocket. When his father saw how hard his son was trying to keep kosher, he realized with painful clarity that he could no longer make his son struggle with his Yiddishkeit.

The family is now strictly kosher.

These are just a few examples of how each of us can touch one another and perhaps affect changes for the good, demonstrating to Hashem that we are worthy of the best gift of all: the geulah. 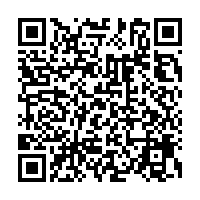