(Names and details have been changed)

The serious look on Mrs. Singer’s face told the whole story. Trying to find the right words, she turned to face her teenage daughter.

“Mama, what’s wrong and where is Shlomo?”

Finding a chair to give her support, she sighed deeply before speaking. “Honey I don’t know how to tell you this, but Shlomo’s is sick – very sick.” Gathering all of her courage, she continued, “He needs a tremendous refuah.”

“What? How? He’s only three!” steadying herself on the countertop in the kitchen to keep from fainting. “Are you saying that he has the …” Naama was unable to finish her sentence. She started breathing raggedly. Her mother rushed over and grabbed her in a tight hug.

“This is a terrible shock for us all, our darling boy was admitted to the oncology ward this morning and he will need our constant support. I just ran home to pack a few things. The nurses agreed to keep an eye on him for a little while.”

Naama realized how much she needed to see her baby brother. He was her little darling and she couldn’t bear the thought of him being alone for even a minute. “

Operating on autopilot, her mother continued to get ready and, after fifteen minutes, they were on their way.

One look at Shlomo almost reduced Naama to tears. There are so many tubes coming out of him. He must be so uncomfortable. It’s so painful to see him in this pitiful state! How can he bear being in this awful situation? Please Hashem, don’t let him suffer.”

Yet, Shlomo was a trooper. He never uttered a word of complaint. His natural sunny personality still shone even though his torturous treatments.

Before long, the doctors began chemotherapy. The first round lasted six long, excruciating months. It was followed by surgery with more chemo and radiation. Naama held her breath the entire time. Often her fear overrode her ability to function. She would burst into tears easily and couldn’t bear the thought of losing her precious brother.

Please, Hashem, heal him! “I can’t go on without him. He’s so young he has his whole life to live.”

After a year or two, Shlomo appeared to be on the mend. Unfortunately, at his next yearly check-up, the family was told that the disease had returned. Having no other choice, the doctors ordered a more aggressive treatment plan.

Naama was completely distraught! Consumed with worry, she resumed her fervent begging! It would take nothing less than a miracle!

Round Two was much more difficult.

Sadly, Shlomo’s health continued to decline. Each day, Shlomo seemed to fade away more and more. By the end of the following week, his neshama had returned to its rightful place in the Yeshiva shel Ma’ala.

Naama grieved with the rest of the family. She had no way to quell the pain in deep recesses of her soul. What can I possibly manage now? Shlomo left a huge, gaping hole in my heart! How will it ever be filled?

This question tormented her and left her with no rest.

As the time passed, Naama had no choice but to move on with her life. She drew on her reserves of emunah and she slowly began to heal.

Her life took the usual path of finishing school and making her way to Eretz Yisroel to learn. An idea began to form in her mind and her heart to honor her brother’s memory.

Before long, she became engaged to a Ben Torah and was married soon thereafter. She often liked to reminiscence about her little brother and she shared her strong desire to perpetuate his memory in a tangible way.

“What do you think that you could do?” he asked. “Why don’t you see what the community needs and we could open a gemach.”

At that time, it was getting close to Purim. Something began to percolate in her mind and she couldn’t wait to share it with her husband.

“What do you think of opening a costume gemach filled with children’s costumes? After all, Shlomo loved Purim. It was the only time of year that he could feel like everyone else.”

“Wow! That could spread joy to a lot of children!”

For the next week or so, Naama and her phone were inseparable. Single-handedly, she combed the length and breadth of Israel to gather the most adorable collection of children’s costumes that she could find.

Naama Singer is a woman who knows first-hand the pain of losing a sibling. The tremendous obstacles that she overcame helped her to open up a deeper appreciation for Hashem’s world.

She worked through her own emotions and chose to honor her unbearable loss by giving to others. By doing so, she honors the treasured memory of her precious little brother. 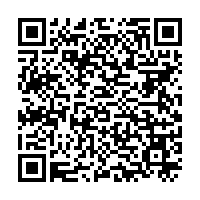