Channel 13 News journalist Ayala Hasson revealed on Friday night that a Hamas activist thanked an association that receives its funds from the Ra’am party, which suggests that Ra’am is transferring funds it receives from the Lapid-Bennett coalition to the Gaza Strip. We covered the Channel 13 teaser ahead of Friday’s broadcast (Report: Ra’am Senior Official in Close Contact with Hamas), the core of which went as follows:

Razi Issa, a senior member of the Ra’am party, Chairman of the General Assembly of the Islamic Movement, Member of the Shura Council, and CEO of the Assistance 48 Association, has received compliments from Razi Hamed, a senior Hamas official, on the association’s activities. Issa also visited the Gaza Strip in 2019 and 2021 participated in the signing of the coalition agreement between Ra’am and Yair Lapid and Naftali Bennett.


Razi Issa was observed standing next to the same senior Hamas official at the inauguration ceremony for his association. In an interview, Hasson asked Issa: “What is Razi Hamed thanking you for? It’s a simple question.” Issa replied: “All of Gaza is grateful for our treatment of widows and orphans.” Hasson responded: “Widows and orphans I understand, but what’s a senior Hamas official thanking you for?” At which point Issa dodged: “How should I know?”

The report was based on an investigation that had been conducted by the Ad Kan group, together with the Choosing Life Forum of Israeli bereaved families. In addition to the incriminating meeting between Ra’am’s Razi Issa and Hamas’s Razi Hamed, the investigation revealed that the director of the Tulkarm branch of the Assistance 48 association is Azhar Shaharur, whose brother participated in the terrorist attack on the Park Hotel in Netanya on March 27, 2002, who is serving 29 life sentences in an Israeli prison. Shaharur’s husband and son are members of the Islamic Jihad.

Here’s another charming note: the Ad Kan investigation also revealed that senior members of the finance ministry’s budget department conducted the negotiations with Ra’am on just how much coalition money would be paid out to the Islamist party in the offices of the Assistance 48 Association in Kafr Qassem, with Razi Issa serving as the architect of the negotiations.

Ad Kan CEO Gilad Ach issued a statement saying, “For the first time in the history of the State of Israel, the Israeli taxpayer is funding a terrorist organization responsible for the murder of Israelis. The state budget must not be passed in its current form in which it injects billions into the Islamic movement. We call on the Zionist elements that are still in the coalition to stop this demonic dance and take action to rectify the situation. It’s not too late.”

Ra’am issued a statement saying: “The association is registered and recognized by the United Nations as an organization that provides humanitarian services to the poor, the needy, and the victims of wars and disasters all over the world, regardless of race, sex, nationality or religion.

“The director of the association, Razi Issa, had nothing to do with the negotiations on the formation of the coalition, and his presence was together with many individuals from all the parties that wanted to be in the historic moment of signing the coalition agreements.

“The association provides assistance to the poor and needy in the countries of the world and also in the West Bank and Gaza, and is the same association that helped during the huge fires in Nof HaGalil, the same organization that established a situation room during the Carmel fire and assisted residents, as was reported by Israeli media.

“The organization has an office in Gaza, which operates according to the law to ensure that all aid is transferred to the needy and orphans directly and without intermediaries. The association’s staff takes great care not to conduct any political dialogue with anyone, and it deals with one goal which is humanitarian aid.

“The association, for the sake of transparency, took care to photograph and publish the event itself, and the association has nothing to hide in the matter.”

The Religious Zionist Party responded: “Ra’am’s and the Islamic movement’s ties with Hamas were known to Bennett and Shaked even before the election. That’s why they came out strongly against Ra’am before it paved the way for Bennett to become prime minister. The personal political interests of Bennett, Shaked, and the people of Yamina are causing unprecedented strategic damage that will not be forgiven.

“Hundreds of millions will be transferred from the Interior Ministry (headed by Shaked – DI) to the current budget of the Arab municipalities, knowing that this money will find its way to Islamic Movement organizations and Hamas and will support terrorism. If there is one person among the Zionist parties of the coalition who still has red lines left, they can prevent the passing of the budget and stop this national suicide.” 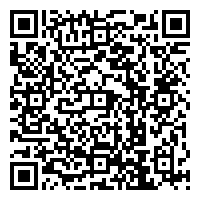