Just when we have begun to feel some measure of a return to normal, many of us were hit with the after-effects of “Isiasis.” Consequently, many were left without power for several days.

Baruch Hashem, we do have a generator and were able to function, though in a somewhat limited fashion, without a landline or internet which affected those of us who are forced to work remotely given the advent of the COVID-19 Pandemic.


Adding to the stress, we had been enthusiastically preparing for the bar mitzvah of our grandson, Yehudah, sheyichye, scheduled to take place in my son-in-law and daughter’s “shtiebel” which could afford all of those in attendance, on Shabbat, the appropriate “social distancing.” However, having only recently acquired the property, a generator had not yet been installed therefore it was obvious that chas v’shalom, the bar mitzvah might not be able to take place!

We, therefore, all lived in a heightened state of anxiety adding to the ever-present stress that the pandemic has wrought!

But, to her credit, my daughter, Rivkie, the Rebbetzin of the Shtiebel, refused to give up or to give in. She turned to Hashem, whom she believed would help and that the simcha would take place.

Baruch Hashem it did!

Family members, Baruch Hashem, came through lending the hosts two portable generators, which at the very least, could keep the seudot meals safe. Lights were available in the hall where the seudah took place. The achdus was palpable as I thanked Hashem Yisborach once again, that I have been blessed to have brought forth amazing kinderlach, who are so devoted to one another and most importantly have demonstrated their emunah and bitachon in Hashem by relying on HIM to assist us in overcoming whatever obstacles stood in our way so that our precious grandson, Yehudah, sheyichye, could have his first aliyah in a spirit of simcha which went over and above what we could have hoped for given the obstacles that had stood in our way!

Earlier, as we were preparing to bentch on Friday night, power returned at 10:45 PM.

Our joy and gratitude to Hashem Yisborach knew no bounds.

Without a doubt, this was no ordinary bar mitzvah. This simcha, indeed, provided a life lesson for our precious Yehudah, sheyichye, teaching him that by turning to Hashem Yisborach anything is possible. 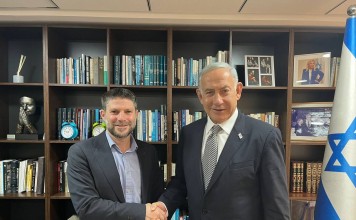 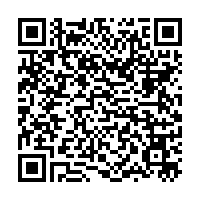