It was Erev Pesach, three hours before Yom Tov. I was at the checkout counter at the local supermarket. The gentleman in front of me was trying to pay his $48 bill. I noticed that he gave the clerk a credit card that was declined. He offered a second credit card, with the same result. The saleswoman then asked the young man how he planned to pay, to which he sheepishly replied, “May I write a check?”

“Oh,” she answered, “you’ll have to take that up with the manager.”


As soon as he walked away, I turned to the saleswoman and offered her a $50 bill, and said, “Let me pay his bill and run out.”

Perplexed, she asked, “Are you sure?”

“Yes,” I responded. “I’d like to leave quickly, and please don’t say a word about it.”

As I was leaving, I overheard the customer saying, “The manager will let me use a check this time.”

The saleswoman responded, “Don’t bother. Take your groceries and have a great holiday. It’s already been paid for.”

The last words I heard as I flew out the door were, “Who paid for it?”

I arrived home, happy that I had been able to do a little mitzvah. When I told my wife the story, she responded, “That was a very thoughtful idea, and a nice mitzvah for Yom Tov.”

During the first day of Chol HaMoed, I happened to step into a newspaper store to buy a lottery ticket. When I scratched the ticket, I won $500.

“Mah Gadlu Ma’asecha, Hashem – How great are Your works, Hashem.”

I recently walked into the supermarket again, and was approached by the same saleswoman.

She beamed and replied, “That young gentleman left us a check for you.”

I took the check and mailed it back in a plain envelope with a written note.

“Thank you, but I have already been paid back tenfold. But please do me a favor. If you ever come across someone in a similar situation, please help him.”

As it says, the world is like a great wheel, where everything we do returns to us. It’s just a matter of time. 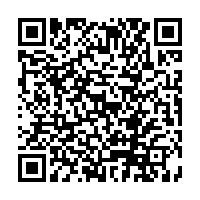