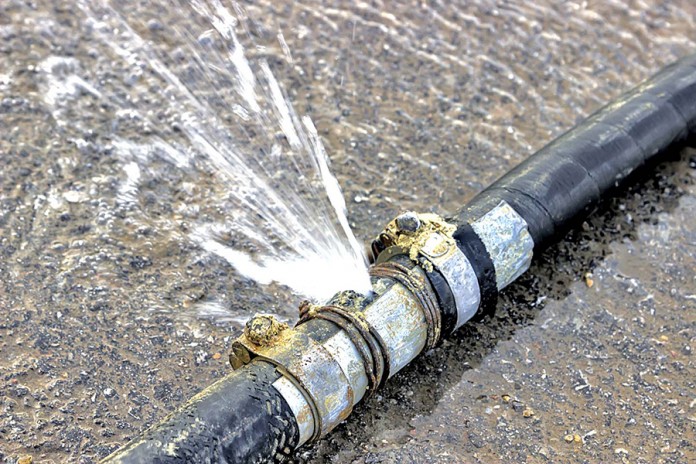 It really was the perfect storm. Everything came together so seamlessly and was orchestrated in such incredible alignment… to produce the maximum possible damage!

In fact, the perfect storm quickly evolved into a mere trickle, and some time later to a virtual deluge, thereby adding immeasurably to the overall effect…

But first a little background information.

All forty-eight of the units in our development were being charged hundreds of extra shekel on each bi-monthly water bill due to a hidden leak that was wreaking havoc on the primary water meter. Thousands of liters of water were literally flowing somewhere under our streets and homes while our hard-earned money was figuratively being flushed down the toilet.

This had unfortunately been going on for years, with no end in sight.

At one point, a committee was established to address the problem, and it was decided to collect a few hundred shekel from each of the residents and hire professionals to try to locate the source of the leak. Basically the proverbial search for a needle in a haystack. Tens of thousands of shekel and numerous water shutoffs later, they confirmed the existence of a significant leak, but were unable to isolate its location.

Another month or two passed rather uneventfully, but suddenly the unexplained water usage effectively doubled, and everyone’s water bills reflected that jump. Despite having been unsuccessful in determining the exact source of the leak, the ad hoc committee decided to act proactively one way or another. If they could not locate the leak, they would lay new pipes to circumvent it instead.

Dozens of emergency communications were sent to the residents and an urgent community-wide meeting was set up to address the issue. Each of the 48 homeowners was required to remit an initial payment of 3,000 NIS so that professionals could be hired immediately to lay the new pipes and staunch the wasteful flow of water into the ground. Aside from the prohibitive monthly cost of the leak, there was a very real and imminent danger of a huge sinkhole forming under the development and chas v’shalom causing untold damage to property and even life and limb.

With no choice, and a heavy heart, we forked over the three thousand shekel (There went my sheitel fund.) and remembered to thank the volunteer committee as well. We anticipated that laying the new pipes could take up to a couple of weeks, with intermittent water shutoffs during that time.

Which brings me back to this morning’s perfect storm and the trickle that followed.

My cell phone is an ancient museum-worthy model that my son purchased second-hand for $5 some years ago. Between that and the fact that I work from home and find the tiny phone keyboard and screen annoying to navigate, I work almost exclusively from my computer instead. Which likewise explains why I have a very limited cell phone plan. Other than occasionally making and receiving actual phone calls on my cell, my computer is my go-to for all other messages and communications.

So I was less than thrilled to discover that my Internet service was down. In fact, other than writing articles (such as this one) offline, the only other use for my computer today has been to practice Quordle (which I am embarrassed to admit that I’ve been doing repeatedly).

I opted to cut my losses and instead wash my linen and laundry, which thankfully requires no Internet access. After that was loaded and in process, I belatedly got into the shower. Alas, just as I was nearing the end of my personal final rinse, the water from our newly-installed shower head slowed to a trickle and then sputtered to a full stop!.

Thankfully I did not have suds all over my hair and person, but I was nevertheless somewhat annoyed at having my morning shower end so abruptly. Not to mention that I had no idea whether my large load of laundry had met a similar fate.

Luckily I had enough water in my washing cup to wash my hands, after which I proceeded to get dressed and go downstairs to check the washing machine. But first I noticed another unexpected trickle, this one coming from my bedroom air conditioner unit, which had ostensibly frozen-over after being on all night. Not one to waste an opportunity, I set a basin under the main leak, and took advantage of the dripping water to give my hands another rinse before heading downstairs.

By then the water seemed to be back to normal, and a quick check of my messages provided the solution to the mystery. The repair committee spokesman had sent the following missive: Sorry for the last-minute notice, but the water is going to be shut off for fifteen minutes or less.

With twenty-four hours in the day, what were the chances that those measly fifteen minutes would coincide with both my shower and my laundry?

The Internet was still down, however, and all my frenzied attempts at rebooting the router and computers were to no avail. The water was inexplicably again shut off intermittently, and by the time it and my Internet were finally restored (after 5 p.m.) I belatedly learned the incredible news that had been relayed in the interim, in a total of 20+ missed messages.

While the first group that had been hired over a month earlier to locate the leak had met with no success, this group of contractors and workmen had ‘stumbled’ upon an underground ‘stream’ almost as soon as they began digging! A subsequent test of the main meter confirmed that not only was that burst pipe the source of the massive leak that had long been plaguing us, it was thankfully the only leak.

So, as tedious and annoying (not to mention expensive) as this project is, we immediately felt vindicated that it’s worthwhile. Just as my poor timing had resulted in a less-than-perfect shower and laundry experience, the pinpoint precision with which the team of workers located the leak, without even trying, was nothing short of mind-blowing. And miraculous!

As I record these events, we still have hours of water shutoffs and inconvenience ahead. But that literal ‘sinking’ feeling we had experienced for months, if not years, was almost instantaneously transformed into a practically euphoric feeling of joy and thanksgiving. As an added bonus, because the leak has b”H been found, the water company and our homeowners’ insurance may retroactively refund a percentage of our overpayments and/or other associated expenses we incurred.

We may have had to dig deep into our pockets and hand over our hard-earned money to hire the work crew, but the ‘accidental’ success they enjoyed, almost immediately, could only be attributed to the omnipresent Hand of G-d. 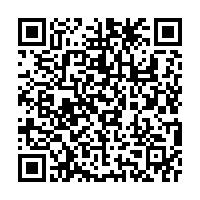