“Traditionally,” I spoke slowly into the telephone, “We say ‘HaMakom, G-d, should comfort you among the mourners of Zion and Jerusalem.’ ” Of course I could not be there in person to make this shiva call because there was an ocean between us. So I made a shiva “phone call” to Cousin Janet when her sister Alice, age 78, passed away.

“You know,” Janet was saying, “My sister Alice always appreciated the fact that her nephew, your husband Josh, wears a yarmulke and tzitzis. She left him something in her will.”


“Oh, uh…” I didn’t quite know what to say. I tried, “Wow. Thank you.” (Shouldn’t I be saying thanks to the one who left it or something?) We said our goodbyes and I hung up the phone.

“Yehoshuuuuuuuuuuuua!” I yelled out to my husband. “Your mother’s cousin left you an inheritance!”

I had heard about these cousins a lot through the years. They lived together in Manhattan. Janet was a lawyer, and Alice had owned a liquor store. I don’t think they were exactly collecting alms in Times Square.

Alice passed away in November when I had made the phone call. Sorting out a will takes a long time. So began months of dreaming and imagining, imagining and dreaming about what

I was going to do with that inheritance.

First, we would take care of all the basics that are difficult to fit into the average Israeli budget: shoes, glasses, and braces for our numerous children. Then, I would: buy a car (or maybe two), put away money for about four weddings, go on vacation, buy new doors and couches for our apartment, oh, before that, do renovations. We could pay back all of our loans and make our minus into a plus in the bank.

Oh, and the tzedakah, the charity we would give! To yeshivas and to the local tzedakah fund (maybe a Holy Man would pray for us at the grave of Dan for 40 days), to outreach organizations, to poor people, autistic people, widows, orphans…just call on the phone and we will surely give you the number of our Visa card.

In short, we had a bright future ahead

In a few months time, our oldest son Yoseph would be turning bar mitzvah. We were planning to have the standard Israeli Bar Mitzvah celebration. The whole neighborhood would be invited. We’d throw some Yerushalmi kugel on a plate, have some cakes on the table, put a few salatim (salads) for the Israeli set. Of course we would invite the boys in his class and a few close family friends for a more serious meal; that menu would include: chicken or schnitzel, rice, potatoes, home-made rolls, green beans, blue and purple Superdrink. Maybe some Styrofoam ice cream for dessert. Nothing fancy.

But that was before The Phone Call. Then I started to dream and imagine about making the bar mitzvah a few grades fancier maybe….

Yoseph’s bar mitzvah was on July 11. On June 11 we received a special delivery letter from the post office. My husband ran to sign. He opened the envelope on the way home.

From the Law Offices of Janet Rosenburg

We are pleased to inform you that you are a beneficiary in the will of the late Alice Hacker. You have been awarded $4,000.

Please sign this document and return to blah blah blah….”

“Let me see that!” I almost grabbed the letter out of his hand.

Then I knew. Dear Cousin Alice was going to foot the bill for our son’s bar mitzvah celebration, the one with the kugel and the humus, minus $400 for tzedakah. No more and no less.

Thanks, Cousin Alice. Oh, I guess your Pakistani worker will enjoy his new liquor store.

And thanks, Hashem. Only You know exactly what we need.

JCC Association Thanks Congress for Call to Address Bomb Threats 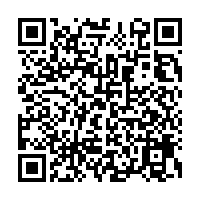