On Wednesday, US Rep. Stephanie Murphy of Florida and U.S. Rep. Joseph Crowley of New York released a letter they co-led, signed by more than 150 members of Congress and endorsed by several dozen Jewish organizations, including JCC Association of North America, calling on federal agencies to take swift action to address the bomb threats that have been phoned in to Jewish community centers in recent weeks.


Over the course of four dates in January and February, 53 JCCs in 26 states and one Canadian province received a total of 68 phoned-in calls. All proved to be hoaxes, and all JCCs quickly returned to regular operations.

The letter states, in part, “We urge the Department of Homeland Security and the Department of Justice to swiftly assess the situation and to advise Congress on what specific steps are being taken, or will be taken, to deter such threats from being made, to identify and prosecute the perpetrators for violations of federal criminal laws, and to enable JCCs to enhance security measures such as physical barriers and guards, in the event that an individual seeks to act upon these threats.”

The letter closes with: “We urge you to approach this issue with a sense of urgency, and to work in partnership with state and territory governments, local law enforcement officials, JCC Association of North America, individual JCCs, and Jewish community institutions and leaders to address the threat in a holistic manner. We look forward to your response regarding the specific steps being taken to prevent and respond to this threat.”

Said Stephen P. Seiden, chairman of JCC Association of North America’s board of directors, “JCC Association of North America applauds this bipartisan effort toward an issue impacting communities across the country, and we are grateful for Rep. Murphy and Rep. Crowley’s leadership. We urge the administration and federal agencies to continue joining us in prioritizing our communities’ safety, and we look forward to seeing the perpetrators brought to justice quickly. The JCC movement has been a part of North America’s landscape for the last century, and as we celebrate our centennial, we draw strength from our mission to enhance not only Jewish life, but community life as a whole.”

Added David Posner, director of strategic performance at JCC Association of North America, whose role involves advising local JCCs on security policies and practices, “We are grateful that Rep. Murphy and Rep. Crowley, joined by more than 150 members of Congress, understand the severity of the bomb threats and the disruptions they have caused in not just the Jewish community, but communities in general across the country, which rely on JCCs as gathering places. We are proud to stand alongside fellow Jewish organizations working on behalf of the greater Jewish community to bring attention to this issue. Let us hope this leads to a rapid conclusion to the investigation.” 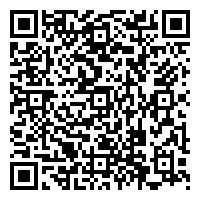