For a number of years, my late father-in-law would fly from Queens, New York to Israel in order to spend the holiday of Chanukah with us. My husband, Abe, was the one to pick up his father at Ben Gurion Airport and bring him to our home, south of Jerusalem. Sometimes he would take one of our children with him to greet Grandpa Hershberg. At the end of Chanukah, Abe would bring his father back to the airport so that he could return to the U.S.

As my father-in-law got older, the traveling became more difficult, especially because he had to carry oxygen with him – part of the price of having been a heavy smoker until middle age. That was the end of his international travel to visit us and his seven grandchildren.

While Abe was describing the scene, I imagined the casino machines that I have seen in movies and television shows. You press a lever and if you get the same picture in all of the slots, then money starts pouring out. It’s probably many people’s fantasy.

Back to Abe’s tale. He looked on the machine for a contact number. He was equipped with a simple cell phone from which he made the call. At first, the person that Abe reached did not understand what Abe wanted. He thought that Abe wanted a refund for the money that he had inserted into the pay station. The person finally understood the story, and after receiving the information as to which machine had malfunctioned, he asked Abe to go to the main road in order to return the money to an employee who would be dispatched to that location. Abe wasn’t so thrilled that he would now have to pay a higher parking fee due to the time spent in trying to return the money, but he did what had been requested.

Not too long afterward, two men in uniform arrived. Abe told them the story of the money coming out of the ticket machine. Abe started taking out the money from all of his pockets and passed it onto the two Russian-accented guards, who were wearing pouches. The two men looked bewildered and incredulous.

“What? You want to give us the money?” It didn’t register that someone would be honest enough to return such a financial windfall. They didn’t know my husband, honest Abe. (Lincoln would have been proud of him.)

While the coins were counted, Abe had to fill out some forms. The amount came to about $500. The two men praised Abe for returning the money. Abe went back inside the airport terminal and looked for a different pay station in order to pay his now increased parking fee.

Honesty seems like such a basic value, but there are so many enticements out there that it is often pushed to the side. In Judaism, emet is more than a virtue. Honesty is one of the three fundamental principles, along with justice and peace, upon which the entire world stands. According to the Talmud, “The signature of the Holy One, blessed be He, is truth.” This saying refers to the Hebrew word for truth, emet, formed from the first letter of the alphabet, alef, the middle letter, mem, and the final letter, tav. The G-d of truth is found wherever there is truth, and G-d’s absence is felt wherever there is falsehood.

Apparently, the two Russian-Israeli guards had never met someone who had returned money that had come out of the machine and which was not rightfully his. My husband, who sports a beard and a kippa, had made a kiddush Hashem. Hopefully, these two non-religious Jewish men took home their story and told it to their families and friends. Hopefully there were and will continue to be many positive ripple effects due to my husband’s act.

Abe had hit the real jackpot! 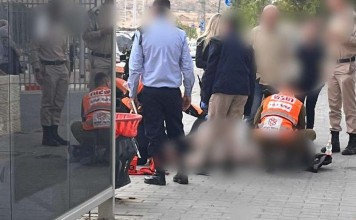 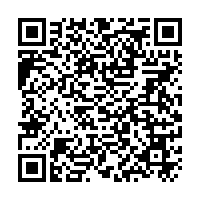