The two top security officials in Israel and the United States met Wednesday to discuss ways to coordinate efforts on “countering Iran’s destabilizing influence and activities in the region.”

“The tremendous strength of the United States-Israel relationship is reflected in the close partnership between our governments, and also in the ties that connect the peoples of Israel and the United States,” they said.

“Our deep-rooted governmental, security, economic, and social ties reflect our shared values, strategic interests, and dynamic economic and trade relationship,” they said in a joint statement issued following their meeting.

The two also discussed Syria, Iraq, Lebanon and “other regional issues, and agreed on the mutual goal of making the United States-Israel relationship even closer as both countries pursue shared interests in the region.”

In addition, the two said they have directed their respective teams to continue joint working groups in the months ahead to “dramatically improve bilateral relations in a number of areas, including cyber, intelligence, security, and development of telecommunications security to counter the threats posed by Iran and other actors.” 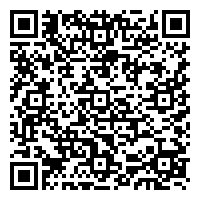