It was the famed poet, Chaim Nachman Bialik, who bestowed the name “Egged” on Israel’s fledgling Israeli bus service. Egged, born in 1933 through a merger of four small bus co-operatives, initially serviced Tel Aviv and its immediate environs. Bus services in other cities joined, inter-city lines flourished, and today, nearly 90 years later, Egged has stakes in Poland, Bulgaria and the Netherlands.

The translation of the name simply means “union.” But in Israel’s early days unions, socialism, and communism were serious business. Egged, in fact, was a co-operative owned by the drivers themselves. So if the driver acted as if he owned the bus – well, he really did! An Egged bus driver had status, and was well compensated for his labor. During the Sinai Campaign, the Six-Day War and the Yom Kippur War, Egged drivers drove soldiers and supplies to the battlefronts. Today, special bulletproof busses ferry passengers in Judea and Samaria.


Only in 2018 did the co-operative finally become a company, and its near monopoly has been broken. Today’s drivers do not have the status or salary of the previous generation. If you ride the buses long enough, you will undoubtedly meet up with some downright rude and reckless chevra. But many of them are still heroes as they steer their vehicles through the hail of rocks and Molotov cocktails. Or when they find 30,000 Shekels in a paper bag on their bus and turn it in to be claimed by a distraught septuagenarian. (It happened last week.)

Rabbi Chaim Zayid, a beloved Israeli rabbi and darshan, relates the following encounter on his bus ride to Ashdod. The bus driver was in a hostile mood and greeted his passengers as they alighted with contempt.

“Why are you fumbling around now for your bus pass? Couldn’t you have taken it out while waiting?”

“Heh. Another one who thinks I have all the time in the world while he searches for his pass like chometz on erev Pesach!”

“C’mon, move inside already. Whatcha waiting for? The Moshiach?”

“And you, lady, don’t try to pass off your kid as under 5 when he’s tall like a bar mitzvah boy.”

The passengers didn’t take this antagonistic behavior sitting down. Literally. They were up in arms, and gave back what they got.

“Chatzuf! I’m taking down your number and will send a complaint to your supervisor.”

“Why just the supervisor?” added another. “With a copy to the director general of Egged!”

“And what about complaining to the Ministry of Transportation?” chimed in an elderly lady. “My sister in law’s granddaughter is a secretary in the main office so I even have protekzia there!”

Rav Zayid had heard all the commotion, and as he alighted, he was determined to change the hostile atmosphere. He greeted the driver with his characteristic friendly smile, looked into his troubled eyes, and asked him,

“Achi, how are you today? Everything OK?”

The driver melted under Rav Zayid’s sincere concern, and blurted out his story.

“Rabbi, I dunnow what’s come over me. I shouldn’t even be here driving today. My kid was taken to the hospital early this morning by ambulance with convulsions and I’m crazy with worry. I tried to get off work, but my boss wouldn’t let. So my wife took him. I’m totally exasperated because she’s not answering her phone. I’m sweating blood here. Don’t know what’s with my kid. Thinking the worst…”

Rabbi Zayid affectionately squeezed the distraught driver’s hand and asked if he could use the bus’s microphone.

“My dear and loving fellow Jews! Please calm down and return to your seats. Shouting and threatening is not seemly behavior. It won’t get you anywhere – and surely not to Ashdod, our destination. Let our driver drive and I will explain to you why he has behaved in such an anxious manner. ”

Silence replaced belligerent yelling as the whole bus listened respectfully to the Rabbi’s explanation. When they heard the driver’s unfortunate predicament, their anger transformed into sympathy.

“And now,” announced the Rabbi, “Let us all say Tehillim together for the driver’s child and pray that Hashem heal him, along with all other Jews who are in need of healing.”

Rav Zayid led the recitation on the bus, and the same people who had been cursing the driver for his antagonistic behavior were now joined in prayer for the child’s speedy recovery. Passengers were united on the bus whose company name – Egged – means “union.”

Just as the bus rolled into the outskirts of Ashdod, the driver got a call from his wife that baruch Hashem, their son was being released from the hospital! 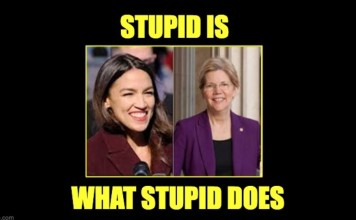 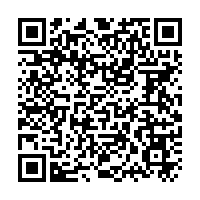