I had no way of seeing it coming – a “quick” traffic light and I was caught in the middle of a sea of cars. The second I started to run I was horrified to see the car closest to me race in my direction. I felt doomed. The few seconds it took me to run past the car were filled with the terrible thought, “This is it. That car is going to hit me.”


Against all logic and the laws of nature, I found myself safe, not a scratch on me. I was relieved to find myself out of harm’s way, stopping at the side of the car that had just menaced me.

The driver had stopped her car once I made it out of her way. Miraculously, I was no longer in danger. Standing at the side of her car I found myself screaming at the driver. She never looked at me. She just stared straight ahead, as if in a trance. (Oh, my gosh. A driver in a trance.) When I finished venting my rage that awful driver continued on her way.

I completed crossing the street. Thank goodness the other cars waited for me. My mind was racing, trying to make sense out of what had just occurred. The frightening scene played again and again in my mind.

Then I came to terms with the fact that the unbelievable had happened. I outran a speeding car. Hashem in his mercy suspended the laws of nature so that I might live. (Someone jokingly said that I should sleep in the shoes I wore that day.)

Once I calmed down I remembered the envelope in my pocketbook. I took it out and put it in the mailbox. The night before I had offhandedly picked up an envelope for charity and thought I might as well make a donation. That was the envelope I just mailed. I now realize that it just may have been the reason I was saved. There is a saying that charity saves from death.

The next day was Shabbos and in shul, Chabad of Memphis, Rabbi Levi Klein arranged for me to Bentsch Gomel. I’m sort of a private person, but I did not mind one bit getting up to say that special prayer in gratitude to Hashem. I was alive.

The Torah portion that Shabbos was Parshas Noach. I was reading along in English when my mind went back to a beautiful Shabbos day in 1991 when I lived in Manhattan. On that afternoon, my brother Norman, a”h, and I took a walk to the South Street Seaport.

I do not remember which one of us saw it first, the beautiful cloud decorated with circles, each containing a color of the rainbow. It seemed to travel with us as we walked. It was a stunning work of art in the sky.

My brother’s take on it was that the form that enclosed all those fascinating colors was a cloud, and not the usual arc of the rainbow, because the cloud we were seeing signified that it would serve a very specific purpose. Without my brother going into detail, I knew it was almost like a prayer on the part of my big brother that I would be protected in some special way.

So here I am all those years later, thanking Hashem for keeping my body – indeed my very life – intact.

Parshas Noach, always one of my favorite readings, depicts Hashem’s mercy, for He gave us the rainbow as a sign of comfort that He would never totally destroy us. What an appropriate reading for the day after my close call. 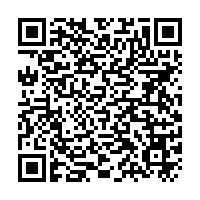