Howard Gardner, professor of education and psychology at Harvard University, is one of the great minds of our time. He is best known for his theory of “multiple intelligences,” the idea that there is not one thing that can be measured and defined as intelligence but many different things – one dimension of the dignity of difference. He has also written many books on leadership and creativity, including one in particular, Leading Minds, that is important in understanding this week’s parshah.

Gardner’s argument is that what makes a leader is the ability to tell a particular kind of story – one that explains ourselves to ourselves and gives power and resonance to a collective vision. So Churchill told the story of Britain’s indomitable courage in the fight for freedom. Gandhi spoke about the dignity of India and non-violent protest. Margaret Thatcher talked about the importance of the individual against an ever-encroaching State. Martin Luther King told of how a great nation is color-blind. Stories give the group a shared identity and sense of purpose.

Philosopher Alasdair MacIntyre has also emphasized the importance of narrative to the moral life. “Man,” he writes, “is in his actions and practice as well as in his fictions, essentially a story-telling animal.” It is through narratives that we begin to learn who we are and how we are called on to behave. “Deprive children of stories and you leave them unscripted, anxious stutterers in their actions as in their words.” To know who we are is in large part to understand of which story or stories we are a part.

The great questions – “Who are we?” “Why are we here?” “What is our task?” – are best answered by telling a story. As Barbara Hardy put it: “We dream in narrative, daydream in narrative, remember, anticipate, hope, despair, believe, doubt, plan, revise, criticize, construct, gossip, learn, hate and love by narrative.” This is fundamental to understanding why Torah is the kind of book it is: not a theological treatise or a metaphysical system but a series of interlinked stories extended over time, from Abraham and Sarah’s journey from Mesopotamia to Moses’ and the Israelites’ wanderings in the desert. Judaism is less about truth as system than about truth as story. And we are part of that story. That is what it is to be a Jew.

A large part of what Moses is doing in the book of Devarim is retelling that story to the next generation, reminding them of what God had done for their parents and of some of the mistakes their parents had made. Moses, as well as being the great liberator, is the supreme story teller. Yet what he does in Parshat Ki Tavo extends way beyond this.

He tells the people that when they enter, conquer and settle the land, they must bring the first ripened fruits to the central sanctuary, the Temple, as a way of giving thanks to God. A Mishnah in Bikkurim describes the joyous scene as people converged on Jerusalem from across the country, bringing their first fruits to the accompaniment of music and celebration. Merely bringing the fruits, though, was not enough. Each person had to make a declaration. That declaration became one of the best known passages in the Torah because, though it was originally said on Shavuot, the festival of firstfruits, in post-biblical times it became a central element of the Haggadah on Seder night:

My father was a wandering Aramean, and he went down into Egypt and lived there, few in number, there becoming a great nation, powerful and numerous. But the Egyptians ill-treated us and made us suffer, subjecting us to harsh labor. Then we cried out to the Lord, the God of our ancestors, and the Lord heard our voice and saw our misery, toil and oppression. So the Lord brought us out of Egypt with a mighty hand and an outstretched arm, with great terror and with signs and wonders. (Deut. 26: 5-8)

Is Israel Heading for a 4th election? – The Tamar Yonah Show [audio] 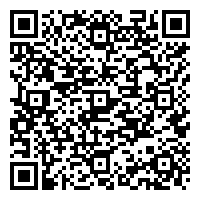