Jobbik, otherwise known as the Movement for a Better Hungary, is an ultra-nationalist Hungarian political party that has been described as fascist, neo-Nazi, racist, and antisemitic. It has accused Jews of being part of a “cabal of Western economic interests” attempting to control the world, citing the libel otherwise known as the Protocols of the Elders of Zion, a fiction created by members of the Czarist secret service in Paris in the late 1890s. On one occasion the Jobbik party asked for a list of all the Jews in the Hungarian government. Disturbingly, in the Hungarian parliamentary elections in April 2014 it secured over 20 percent of the votes, making it the third largest party.

Until 2012, one of its leading members was a politician in his late 20s, Csanad Szegedi. Szegedi was a rising star in the movement, widely regarded as its future leader – until one day in 2012 Szegedi discovered he was a Jew.


Some of Jobbik’s members had wanted to stop his progress and spent time investigating his background to see whether they could find anything that would do him damage. What they found was that his maternal grandmother was a Jewish survivor of Auschwitz. So was his maternal grandfather. Half of Szegedi’s family were killed during the Holocaust.

Szegedi’s opponents started sharing information about Jewish ancestry online. Soon Szegedi himself discovered what was being said and decided to check whether the claims were true. They were. After Auschwitz, his grandparents, once Orthodox Jews, had decided to hide their identity completely. When his mother was 14, her father had told her the secret but ordered her not to reveal it to anyone. Szegedi now knew the truth about himself.

Szegedi decided to resign from the party and find out more about Judaism. He went to a local Chabad Rabbi, Slomó Köves, who at first thought he was joking. Nonetheless he arranged for Szegedi to attend classes on Judaism and to come to the synagogue. At first, Szegedi says, people were shocked. He was treated by some as “a leper.” But he persisted. Today he attends synagogue, keeps Shabbat, has learned Hebrew, calls himself Dovid, and in 2013 underwent circumcision (with an ultra-Orthodox mohel).

When he first admitted the truth about his Jewish ancestry, one of his friends in the Jobbik party said, “The best thing would be if we shoot you, so you can be buried as a pure Hungarian.” Another urged him to make a public apology. It was this comment, he says, that made him leave the party. “I thought, wait a minute, I am supposed to apologize for the fact that my family was killed at Auschwitz?”

As the realization that he was a Jew began to change his life, it also transformed his understanding of the world. Today, he says, his focus as a politician is to defend human rights for everyone. “I am aware of my responsibility, and I know I will have to make it right in the future.”

Szegedi’s story is not just a curiosity. It takes us to the very heart of the strange, fraught nature of our existence as moral beings. What makes us human is the fact that we are rational, reflective, capable of thinking things through. We feel empathy and sympathy, and this begins early. Even newborn babies cry when they hear another child cry. We have mirror neurons in the brain that make us wince when we see someone else in pain. Homo sapiens is the moral animal.

Yet much of human history has been a story of violence, oppression, injustice, corruption, aggression and war. Nor, historically, has it made a significant difference whether the actors in this story have been barbarians or citizens of a high civilization.

The Greeks of antiquity, masters of art, architecture, drama, poetry, philosophy and science, wasted themselves on the internecine Peloponnesian War between Athens and Sparta in the last quarter of the fifth century BCE. They never fully recovered. It was the end of the golden age of Greece. Fin de siècle Paris and Vienna in the 1890s were the leading centers of European civilization, yet they were also the world’s leaders in antisemitism, Paris with the Dreyfus Affair, and Vienna with its antisemitic mayor, Karl Lueger, whom Hitler later cited as his inspiration.

Immanuel Kant, the supreme rationalist, believed that rationality itself was the source of morality. A moral principle is one you are willing to prescribe for everyone. Therefore, for example, lying cannot be moral because you do not wish others to lie to you.

All five views have some truth to them, and we can find similar sentiments in the rabbinic literature. In the spirit of Plato, the Sages spoke of the tinok shenishba, someone who does wrong because he or she was not educated to know what is right.[6] Maimonides, like Aristotle, thought virtue came from repeated practice. Halacha creates habits of the heart. The Sages said that the angels of kindness and charity argued for the creation of man because we naturally feel for others, as Hume and Smith argued. Kant’s principle is similar to what the Sages called sevarah, “reason.”

But these insights only serve to deepen the question. If knowledge, emotion, and reason lead us to be moral, why is that that humans hate, harm and kill? A full answer would take longer than a lifetime, but the short answer is simple. We are tribal animals. We form ourselves into groups. Morality is both cause and consequence of this fact. Toward people with whom we are or feel ourselves to be related we are capable of altruism. But toward strangers we feel fear, and that fear is capable of turning us into monsters.

Even the most universalistic of religions, founded on principles of love and compassion, have often viewed those outside the faith as Satan, the infidel, the antichrist, the child of darkness, the unredeemed. Large groups of their followers have committed unspeakable acts of brutality in the name of [God].

Neither Platonic knowledge nor Adam Smith’s moral sense nor Kantian reason has cured the heart of darkness in the human condition. That is why two sentences blaze through this week’s parsha like the sun emerging from behind thick clouds:

You must not mistreat or oppress the stranger in any way. Remember, you yourselves were once strangers in the land of Egypt. (Ex. 22:21)

You must not oppress strangers. You know what it feels like to be a stranger, for you yourselves were once strangers in the land of Egypt. (Ex. 23:9)

The great crimes of humanity have been committed against the stranger, the outsider, the one-not-like-us. Recognizing the humanity of the stranger has been the historic weak point in most cultures. Dehumanize the other and all the moral forces in the world will not save us from evil. Knowledge is silenced, emotion anaesthetized and reason perverted. The Nazis convinced themselves (and others) that in exterminating the Jews they were performing a moral service for the Aryan race.[8] Suicide bombers are convinced that they are acting for the greater glory of [God]. There is such a thing as altruistic evil.

That is what makes these two commands so significant. The Torah emphasizes the point time and again: the Rabbis said that the command to love the stranger appears 36 times in the Torah. Jewish law is here confronting directly the fact that care for the stranger is not something for which we can rely on our normal moral resources of knowledge, empathy and rationality. Usually we can, but under situations of high stress, when we feel our group threatened, we cannot. The very inclinations that bring out the best in us – our genetic inclination to make sacrifices for the sake of kith and kin – can also bring out the worst in us when we fear the stranger. We are tribal animals and we are easily threatened by the members of another tribe.

Empathy, sympathy, knowledge, and rationality are usually enough to let us live at peace with others. But not in hard times. Serbs, Croats and Muslims lived peaceably together in Bosnia for years. So did Hutus and Tutsis in Rwanda. The problem arises at times of change and disruption when people are anxious and afraid. That is why exceptional defenses are necessary, which is why the Torah speaks of memory and history – things that go to the very heart of our identity. We have to remember that we were once on the other side of the equation. We were once strangers: the oppressed, the victims. Remembering the Jewish past forces us to undergo role reversal. In the midst of freedom we have to remind ourselves of what it feels like to be a slave.

What happened to Csanad, now Dovid, Szegedi, was exactly that: role reversal. He was a hater who discovered that he belonged among the hated. What cured him of antisemitism was his role-reversing discovery that he was a Jew. That, for him, was a life-changing discovery. The Torah tells us that the experience of our ancestors in Egypt was meant to be life-changing as well. Having lived and suffered as strangers, we became the people commanded to care for strangers.

The best way of curing antisemitism is to get people to experience what it feels like to be a Jew. The best way of curing hostility to strangers is to remember that we too – from someone else’s perspective – are strangers. Memory and role-reversal are the most powerful resources we have to cure the darkness that can sometimes occlude the human soul. 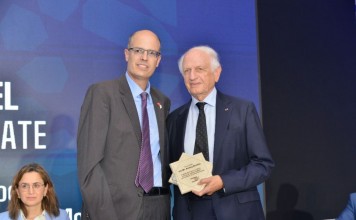 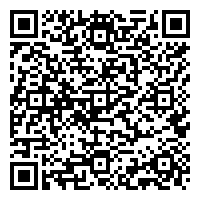