Israel is not planning to evacuate its Kiev embassy employees nor Israeli citizens from Ukraine, Israeli Ambassador to Ukraine Michael Brodsky said on Tuesday. “However, we are closely monitoring the situation,” the ambassador said.

According to Brodsky, the Israeli embassy did ask Israeli nationals in Ukraine to provide their contact information in case they needed to be reached in a hurry. According to Ukrainian officials, four out of the 129 diplomatic missions in the country are starting to pull out their diplomats for security reasons.


In recent weeks, Russia has been amassing troops on its border with the Ukraine, a move that’s been viewed by Western countries as preparation for an invasion.

Secretary of State Antony Blinken on Wednesday told a press conference that US Ambassador to Russia, John Sullivan, delivered a written response from the State Dept. in Moscow setting out a serious diplomatic path forward, should Russia choose it.

“The document we’ve delivered includes concerns of the United States and our allies and partners about Russia’s actions that undermine security, a principled and pragmatic evaluation of the concerns that Russia has raised, and our own proposals for areas where we may be able to find common ground.”

NATO is also planning to deliver to Moscow its own paper with ideas and concerns about collective security in Europe, and, according to Blinken, “there is no daylight among the United States and our allies and partners on these matters.”

The primary reason for Russian President Vladimir Putin’s aggressive behavior alongside his country’s border with Ukraine is his refusal to tolerate his neighbor’s joining NATO. In the past, Russia has seen the Baltic republics and Poland flipping from being former members of the Warsaw Pact with the Soviet Union to membership in the Western military alliance. But Ukraine is just too close for comfort.

In September 2020, Ukraine’s President Volodymyr Zelenskyy approved Ukraine’s new National Security Strategy, which provides for the development of its distinctive partnership with NATO with the aim of membership in NATO. The alliance, for its part, announced that “a sovereign, independent and stable Ukraine, firmly committed to democracy and the rule of law, is key to Euro-Atlantic security. Relations between NATO and Ukraine date back to the early 1990s and have since developed into one of the most substantial of NATO’s partnerships. Since 2014, in the wake of the Russia-Ukraine conflict, cooperation has been intensified in critical areas.”

This week, Kremlin Spokesman Dmitry Peskov poo-pooed Western claims about a coming Russian invasion of Ukraine. Peskov called these claims an “empty and groundless” escalation of tensions. He said he did not rule out that this was an attempt to justify a Western takeover of southeastern Ukraine by force and warned that such actions by Kiev and its Western allies would have “the most serious consequences.”

Secretary Blinken responded by saying “there should be no doubt about our seriousness of purpose when it comes to diplomacy, and we’re acting with equal focus and force to bolster Ukraine’s defenses and prepare a swift, united response to further Russian aggression.”

Blinken then announced that “three deliveries of US defensive military assistance arrived in Kiev this week, carrying additional Javelin missiles and other anti-armor systems, 283 tons of ammunition and non-lethal equipment essential to Ukraine’s front-line defenders. More deliveries are expected in the days to come. We have provided more defensive security assistance to Ukraine in the past year than in any previous year.”

“Last week, I authorized US allies – including Estonia, Latvia, and Lithuania – to provide US-origin military equipment from their inventories for use by Ukraine,” Blinken continued. “Also last week, we notified Congress of our intent to deliver to Ukraine the Mi-17 helicopters currently held in Defense Department inventories, five of them.”

Secretary of Defense Lloyd Austin announced on Monday that 8,500 US service members stationed in Europe and the United States have been placed in heightened readiness to deploy, to ensure a swift NATO response to a Russian invasion of Ukraine. Other NATO Allies have also announced steps they’re prepared to take in defense of Ukraine. 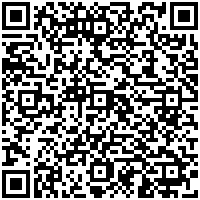