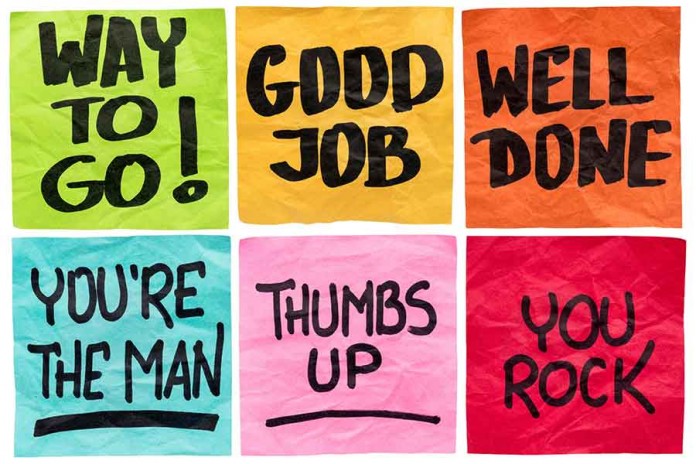 The Sages were eloquent on the subject of lashon hara, evil speech, the sin they took to be the cause of tsara’at. But there is a meta-halachic principle: “From the negative you can infer the positive.” So, for example, from the seriousness of the prohibition against Chillul Hashem, desecrating G-d’s name, one can infer the importance of the opposite, Kiddush Hashem, sanctifying G-d’s name.

It therefore follows that alongside the grave sin of lashon hara, there must in principle be a concept of lashon hatov, good speech, and it must be more than a mere negation of its opposite. The way to avoid lashon hara is to practice silence, and indeed the Sages were eloquent on the importance of silence. (See, for example Avot 1:17 and 3:13.) Silence saves us from evil speech but in and of itself it achieves nothing positive. What then is lashon hatov?


One of the most important tasks of a leader, a parent or a friend is focused praise. We first discussed this idea in the Torah portion of Vayeshev, where we examined the classic text on this – a Mishnah in Tractate Avot in which Rabban Yochanan ben Zakkai enumerates the praises of his five beloved students: “Eliezer ben Hyrcanus: a plastered well that never loses a drop. Joshua ben Chananya: happy the one who gave him birth. Yose the Priest: a pious man. Shimon ben Netanel: a man who fears sin. Elazar ben Arach: an ever-flowing spring (Avot 2:11).

Every Rabbi had disciples. The imperative, “Raise up many disciples” (Avot 1:1) is one of the oldest rabbinic teachings on record. What the Mishnah is telling us here is how to create disciples. It is not difficult to create followers. Often a good teacher will, over time, notice that they have developed a large following, students who are uncritical devotees – but how to encourage these followers to become creative intellects in their own right? It is far harder to create leaders than to create followers.

Rabban Yochanan ben Zakkai was a great teacher because five of his students became giants in their own right. The Mishnah is telling us how he did it: with focused praise. He showed each of his pupils where their particular strength lay. Eliezer ben Hyrcanus, the “plastered well that never loses a drop,” was gifted with a superb memory – an important ability in an age in which manuscripts were rare and the Oral Law was not yet committed to writing. Shimon ben Netanel, the “man who fears sin,” may not have had the intellectual brilliance of the others but his reverential nature was a reminder to others that they were not merely scholars but also holy men engaged in a sacred task. Elazar ben Arach, the “ever-flowing spring,” had a creative mind constantly giving rise to new interpretations of ancient texts.

I discovered the transformative power of focused praise from one of the more remarkable people I have met, the late Lena Rustin. Lena was a speech therapist specializing in helping children who struggled with stammering. I came to know her through a television documentary I was making for the BBC about the state of the family in Britain. Lena believed that the young children she was treating – on average, around five years old – had to be understood in the context of their families. Families tend to develop an equilibrium. If a child stammers, everyone in the family adjusts to it. Therefore, if the child is to lose their stammer, all the relationships within the family will have to be renegotiated. Not only must the child change. So must everyone else.

By and large, we tend to resist change. We settle into patterns of behavior as they become more and more comfortable, like a well-used armchair or a well-worn pair of shoes. How do you create an atmosphere within a family that encourages change and makes it unthreatening? The answer Lena discovered was praise. She told the families with whom she was working that every day they must notice each member of the family doing something right, and say so – specifically, positively and thankfully.

She did not go into deep explanations, but watching her at work I began to realize what she was doing. She was creating, within each home, an atmosphere of mutual regard and continuous positive reinforcement. She wanted the parents to shape an environment of self-respect and self-confidence, not just for the stammering child but for every member of the family, so that the entire atmosphere of the home was one in which people felt safe to change and help others to do so.

I suddenly realized that Lena had discovered a solution for group dynamics as a whole. My intuition was soon confirmed in a surprising way. There had been tensions among the television crew with which I had been working. Various things had gone wrong and there was an atmosphere of mutual recrimination. After filming a session of Lena Rustin teaching parents how to give and receive praise, the crew likewise began praising one another. Instantly the atmosphere was transformed. The tension dissolved, and filming became fun again.

Praise gives people the confidence to let go of the negative aspects of their character and reach their full potential. There is in praise a deep spiritual message too. We think religion is about faith in G-d. What I had not fully understood before was that faith in G-d should lead us to have faith in people, for G-d’s image is in each of us, and we have to learn how to discern it. I then understood that the repeated phrase in the beginning of Genesis, “And G-d saw that it was good,” was there to teach us to see the good in people and events, and by so doing, help to strengthen that goodness. I also understood why G-d briefly punished Moses by turning his hand to tsara’at – because he had said about the Israelites, “They will not believe in me” (Ex. 4:0). Moses was being taught a fundamental lesson of leadership: It does not matter whether they believe in you. What matters is that you believe in them.

Stanford psychologist Carol Dweck, in her book Mindset, argues that it makes a difference whether we believe that our abilities are innate and determined, or whether we may assume that talent is something we achieve through time by effort, practice and persistence. People who take the former approach tend to be risk-averse, afraid that if they fail this will show that they are not as good as they were thought to be. The latter group embraces risk because they take failure as a learning experience from which they can grow. It follows that there is good praise and bad praise. Parents and teachers should not praise children in absolute terms: “You are gifted, brilliant, a star!” They should praise effort: “You tried hard, you gave of your best, and I can see the improvement!” They should encourage “growth,” rather than “fixed,” mindset.

Perhaps this explains a sad aftermath in the life of Rabban Yochanan ben Zakkai’s two most gifted pupils. The Mishnah immediately following the one quoted above states:

Tragically, Rabbi Eliezer ben Hyrcanus was eventually excommunicated by his colleagues for failing to accept the majority view on a matter of Jewish law. As for Rabbi Elazar ben Arach, he became separated from his colleagues. When they went to the academy at Yavneh, he went to Emmaus, a pleasant place to live but lacking in other Torah scholars. Eventually he forgot his learning and became a pale shadow of his former self. It may be that praising his students for their innate abilities rather than their effort, Rabban Yochanan ben Zakkai inadvertently encouraged his two most talented students to develop a fixed mindset rather than engage with colleagues and stay open to intellectual growth.

Recognizing the good in people and saying so, we help bring people’s potential to fruition. The right kind of praise changes lives. That is the power of lashon hatov. Bad speech diminishes us; good speech can lift us to great heights. Or as the poet W. H. Auden said:

In the prison of his days

Teach the free man how to praise. 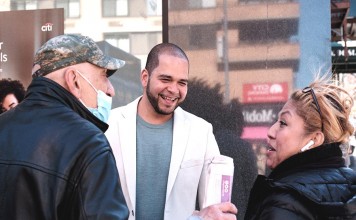 Angel Vasquez: A Friend And Ally In Washington Heights