The father of the terrorist in Bnei Brak can’t seem to decide how he feels about his son murdering 5 people.

Immediately following the crime, the father couldn’t be more regretful about his son’s actions. But a day later, he took it all back and praised his little killer.

Hamarsha Sr. also said he had last seen his son, who works with him in the village and lives with him at home, Tuesday at noon.

Referring to the fact that his son had served a prison term, the father said this had happened a long time ago when the lad was only 17, and that he had been arrested not for acts he had done but for what could have happened, and that since he was released from prison he was committed to his work.

But wow, look at what could have happened.

In 2011, young Hamarsheh planned to commit a suicide bombing and established contact with officials from Hamas and the Islamic Jihad to carry it out.

The plan was interrupted by a police source inside the Islamic Jihad. Hamarsha Jr. was sentenced in 2015 to only two and a half years for supporting terrorism and arms trafficking. It was a plea bargain. The maximum sentence for plotting a terrorist attack is fourteen years, and for throwing rocks ten years.

Here’s how the military prosecutor explained to the court why they shouldn’t throw the boy in jail until his early fifties (which would have spared five lives in Bnei Brak):

“Without taking lightly the defendant’s actions, it was a conspiracy to carry out an activity that could not have been carried out due to the motive behind the actions of his partner, who acted to defraud the defendant and extort money from him (the youth paid NIS 900 to cover his collaborator’s expenses).”

“no specific plan for the execution of the suicide bombing was selected, no target was chosen, the funds transferred were not actually transferred for the purpose of advancing the plan and at the end of the day no weapons were obtained. The defendant was a 16-year-old minor at the time the offense was committed, with no criminal record. I propose that we save valuable judicial time.”

In the end, as Gal Berger, another Kan 11 reporter/commentator tweeted Thursday morning: “A few hours after the father’s sweet words, tonight he says about his terrorist son from Bnei Brak: “He was born a man, was a man and died a martyr’s death like a man. He restored some of the honor lost to the Arab nation.”

If ever there were a poignant example of midrash Tanhuma’s assertion: “He who takes pity on the cruel ones will end up being cruel to those who deserve pity.” 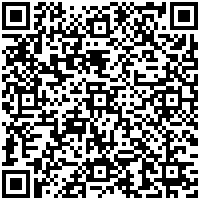