In majestic language, Moshe breaks into song, investing his final testament to the Israelites with all the power and passion at his command. He begins dramatically but gently, calling heaven and earth to witness what he is about to say, words which are almost echoed in Portia’s speech in The Merchant of Venice, “The quality of mercy is not strained.”

Listen, you heavens, and I will speak;
Hear, you earth, the words of my mouth.
Let my teaching fall like rain
And my words descend like dew,
Like showers on new grass,
Like abundant rain on tender plants. (Devarim 32:1-2)

But this is a mere prelude to the core message Moshe wants to convey. It is the idea known as tzidduk ha’din, vindicating G-d’s justice. The way Moshe puts it is this:

He is the Rock, His works are perfect,
And all His ways are just.
A faithful G-d who does no wrong,
Upright and just is He. (Devarim 32:4)


This is a doctrine fundamental to Judaism and its understanding of evil and suffering in the world – a difficult but necessary doctrine. G-d is just. Why, then, do bad things happen?

Is He corrupt? No – the defect is in His children,
A crooked and perverse generation. (Devarim 32:5)

G-d requites good with good, evil with evil. When bad things happen to us, it is because we have been guilty of doing bad things ourselves. The fault lies not in our stars but within ourselves.

Moving into the prophetic mode, Moshe foresees what he has already predicted, even before they have crossed the Jordan and entered the land. Throughout the book of Devarim he has been warning of the danger that in their land, once the hardships of the desert and the struggles of battle have been forgotten, the people will become comfortable and complacent. They will attribute their achievements to themselves and they will drift from their faith. When this happens, they will bring disaster on themselves:

Yeshurun grew fat and kicked –
You became fat, thick, gross –
They abandoned the G-d who made them
And scorned the Rock their Savior …
You deserted the Rock, who fathered you;
And you forgot the G-d who gave you life. (Devarim 32:15-18)

This, the first use of the word “Yeshurun” in the Torah – from the root yashar, upright – is deliberately ironic. Israel once knew what it was to be upright, but it will be led astray by a combination of affluence, security and assimilation to the ways of its neighbours. It will betray the terms of the covenant, and when that happens it will find that G-d is no longer with it. It will discover that history is a ravening wolf. Separated from the source of its strength, it will be overpowered by its enemies. All that the nation once enjoyed will be lost. This is a stark and terrifying message.

Yet Moshe is bringing the Torah to a close with a theme that has been present from the beginning. G-d, Creator of the universe, made a world that is fundamentally good: the word that echoes seven times in the first chapter of Bereishit. It is humans, granted freewill as G-d’s image and likeness, who introduce evil into the world, and then suffer its consequences. Hence Moshe’s insistence that when trouble and tragedy appear, we should search for the cause within ourselves, and not blame G-d. G-d is upright and just. The shortcomings are ours, His children’s, shortcomings.

This is perhaps the most difficult idea in the whole of Judaism. It is open to the simplest of objections, one that has sounded in almost every generation. If G-d is just, why do bad things happen to good people?

This is the question asked not by skeptics, doubters, but by the very heroes of faith. We hear it in Avraham’s plea, “Shall the Judge of all the earth not do justice?” We hear it in Moshe’ challenge, “Why have You done evil to this people?” It sounds again in Yirmiyahu: “L-rd, You are always right when I dispute with You. Yet I must plead my case before You: Why are the wicked so prosperous? Why are evil people so happy?” (Yirmiyahu 12:1).

It is an argument that never ceased. It continued through the rabbinic literature. It was heard again in the kinot, the laments, prompted by the persecution of Jews in the Middle Ages. It sounds in the literature produced in the wake of the Spanish expulsion, and its echoes continue to reverberate in memories of the Holocaust.

The Talmud says that of all the questions Moshe asked G-d, this was the only one to which G-d did not give an answer. The simplest, deepest interpretation is given in Tehillim 92, “The song of the Sabbath day.” Though “the wicked spring up like grass,” they will eventually be destroyed. The righteous, by contrast, “flourish like a palm tree and grow tall like a cedar in Lebanon.” Evil wins in the short term but never in the long. The wicked are like grass, whereas the righteous are more like trees. Grass grows overnight but it takes years for a tree to reach its full height. In the long run, tyrannies are defeated. Empires decline and fall. Goodness and rightness win the final battle. As Martin Luther King said in the spirit of the Tehillim: “The arc of the moral universe is long, but it bends toward justice.”

It is a difficult belief, this commitment to seeing justice in history under the sovereignty of G-d. Yet consider the alternatives. There are three: The first is to say that there is no meaning in history whatsoever. Homo hominis lupus est, “Man is wolf to man.” As Thucydides said in the name of the Athenians: “The strong do as they want, the weak suffer what they must.” History is a Darwinian struggle to survive, and justice is no more than the name given to the will of the stronger party.

The second, about which I write in Not In G-d’s Name, is dualism, the idea that evil comes not from G-d but from an independent force: Satan, the Devil, the Antichrist, Lucifer, the Prince of Darkness, and the many other names given to the force that is not G-d but is opposed to Him and those who worship Him. This idea, which has surfaced in sectarian forms in each of the Abrahamic monotheisms, as well as in modern, secular totalitarianisms, is one of the most dangerous in all of history. It divides humanity into the unshakably good and the irredeemably evil, giving rise to a long history of bloodshed and barbarism of the kind we see being enacted today in many parts of the world in the name of holy war against the greater and lesser Satan. This is dualism, not monotheism, and the Sages, who called it shtei reshuyot, “two powers or domains”, were right to reject it utterly.

The third alternative, debated extensively in the rabbinic literature, is to say that justice ultimately exists in the World to Come, in life after death. Although this is an essential element of Judaism, it is striking how relatively little Judaism had recourse to it, recognizing that the central thrust of Tanach is on this world, and life before death. For it is here that we must work for justice, fairness, compassion, decency, the alleviation of poverty, and the perfection, as far as lies within our power, of society and our individual lives. Tanach almost never takes this option. G-d does not say to Jeremiah or Job that the answer to their question exists in heaven and they will see it as soon as they end their stay on earth. The passion for justice, so characteristic of Judaism, would dissipate entirely were this the only answer.

Difficult though Jewish faith is, it has had the effect through history of leading us to say: if bad things have happened, let us blame no one but ourselves, and let us labor to make them better. I believe it was this that led Jews, time and again, to emerge from tragedy, shaken, scarred, limping like Jacob after his encounter with the angel, yet resolved to begin again, to rededicate ourselves to our mission and faith, to ascribe our achievements to G-d and our defeats to ourselves.

I believe that out of such humility, a momentous strength is born. 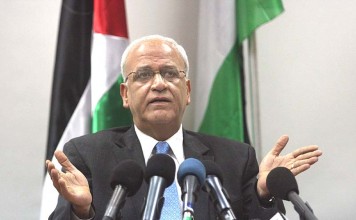 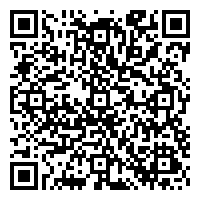