As he lay in his hospital bed, gasping for breath, he began contemplating his time in this world. He was now an elderly man, nearing the end of his journey. But what a journey it had been. There had been ups and downs, difficult decisions, and deep struggles with faith. As he reflected on these times, tears began flowing down his cheeks.

When he was a young boy, he believed in Hashem, but only because his parents were deeply committed to Judaism and taught him to do the same. He didn’t know any better. They taught him that Hashem loves him, that He created the world, and that “He gave you this delicious cookie as a present.” He was happy to go along with it, but more than anything, he just wanted to make his parents proud.

As he grew up, he loved sharing his “hashgacha stories” with his friends and family. There were times when he truly felt like he had met Hashem, when he heard Hashem “talk” to him. There was the time when his life was saved by a bone-marrow donor, and the times when he just made his flight. As he got older, he found his soul mate and got his dream job. It was no longer belief; it was real, at least to him. Life was good, pure, true, and beautiful. His faith became personal, not just something his parents taught him.

But then it all changed. One day, he heard a lecture, and it shook him to his core. The lecture systematically picked apart the validity of Judaism, and he had nothing to counter the arguments with. At that moment, he realized that he needed rational proofs for his faith. He devoted time and thought toward his faith, developing a rational and intellectual basis for the things he had always taken for granted. At first, he felt knowledgeable and enlightened, but at a certain point, he felt like he was missing something. Everything had become cerebral and intellectual; he lost his spark for life, his love of Judaism, his passion for mitzvos, and his connection with Hashem. He was twenty-seven, and he had never felt less connected. Everything went downhill from there.

Now, as an elderly man, taking his last breaths, he couldn’t stop the tears from flowing down his cheeks. In the past few weeks, he had experienced more spirituality than ever before. After almost seventy years, he had finally picked up a Jewish sefer and began learning again. Over the course of just a few weeks, his eyes had been opened to deeper Jewish ideas, concepts he had never before considered. He began realizing that there are certain things that cannot be explained rationally, that transcend logical explanation, and that can only be experienced. He could not help but feel an overwhelming sense of regret. “If only I had stayed on the right path,” he thought. “If only I hadn’t given up so early, I could have spent my whole life delving deeper and deeper into the wellsprings of Torah wisdom! If only I could press a button and reset, if only I had the chance to do it over again.” With that final thought echoing in his mind, he took one last breath, closed his eyes, and prepared to face his Creator.

He slowly opened his eyes, but everything was still a bit foggy. He looked around, and strangely enough, everything looked familiar – too familiar. His heart suddenly began racing, and he leaped out of bed. He couldn’t believe it. He ran to the mirror, touching his face out of shock and excitement. He was twenty-seven again. Or “still.” He couldn’t tell if he had woken up from a nightmare, or had been given a second chance at life. One thing was certain: he was ready to embark on a genuine journey of faith.

The Journey of Faith

It is always important to reinforce our commitment to the journey of faith. There is no greater act of emunah than living a spiritual, holistic life in an often chaotic, fragmented world. The famous words, “kedoshim tihiyu – you shall be holy,” are not a call to be transcendent, angelic beings, lofty and perfect, completely beyond the struggle innate to the human condition. This is not permission to deny our humanity and restrict our sense of self. This is a calling to be human, to be the ultimate human, to bring transcendence and spirituality into this world. We don’t aim to escape this world; we aim to transform it. Kedusha is not transcendence or escapism; it is the meeting between the transcendent and the immanent. This is the journey of faith, where each individual must embark on a quest for internal and objective truth, where we must leave the comfort of the known and travel toward the infinite, toward the future we know we are destined for, toward our own personal and collective purpose. There are five stages in this journey of faith:

The first stage that we experience in life is emunah peshutah (simple faith). If you take a two-year-old child on a walk in the park, all he experiences is life itself. He’ll point at the birds and the trees and exclaim: “whoah!” Or he’ll point at the grass and shout, “Look at that!”

He doesn’t yet have a categorized mind, so he doesn’t give names to anything; he simply sees reality as it is. At this stage, we experience life with no questions, and no options – everything is simply pure, true, and beautiful.

Then, we learn how to speak, and the world suddenly becomes a mystery. We walk around in wonder and confusion; we have questions; we’re learning to communicate. If we’re taught to believe in Hashem, we do. Not because we have any reason to, but because our parents or teachers tell us that Hashem loves us, that He created us, that He cares about us, and that “He gave us this delicious cookie as a present.”

As we grow older, we are taught increasingly complex ideas: Hashem sees everything we do, Hashem can forgive, Hashem gives us challenges. However, we are still at an age where we accept these facts at face value, believing them because that’s what people tell us is true. At this stage, belief is obedience, not something we’ve discovered.

However, when we reach a certain age, we begin to want more. We want to meet Hashem and to talk to him. We want to genuinely, deeply believe in Him, but we struggle, as it’s hard. If only we could see Him, touch Him, or even hear Him, then we’d believe! We just want some indication that He’s here, watching and caring, just as we were told growing up.

Every once in a while, a “coincidental” encounter with Hashem, the sublime, occurs. Maybe our life was saved, maybe we just made our flight, or just missed it – and later heard it crashed. Maybe we found our soul mate, did well on our test, or got our dream job. Maybe we had our first child, our illness was cured, or we won against all odds. Maybe we were just in the exact right place at the exact right time.

Suddenly, we believe. It’s real, at least to us. We’re convinced; we walk around floating on cloud nine. Life is good – pure, true, and beautiful. Here, faith becomes personal, not just something imposed upon us by others.

However, our faith at this stage is simplistic in some ways, and at some point, this is no longer enough. We want more; we need more. Rational, logical, and philosophical questions come up. “If G-d exists, then why…,” and “How can G-d exist if…,” or “Why would G-d do….” Maybe our life falls apart and we cry out, “How can this be happening to me?!”

The fourth stage is the rational stage. We need rational proofs: Logic, philosophy, science, math, and intellect. So, we begin to collect proofs.

This fourth stage is tremendously more developed than the two before it. At this stage, our faith is something we have worked toward rationally, intellectually, and developmentally – something that we have devoted thought and research toward. But, in truth, this stage is limited as well. We may have proven that Hashem exists, but it ends there. Knowing that Hashem exists does not mean that we have a relationship with Him. It does not help us truly know Him or connect to Him on the deepest of levels.

The Ramchal explains that rational proofs may reveal Hashem’s existence, but they do not allow for a deeper understanding and knowledge of Hashem (Daas Tevunos 146). We may know that G-d exists, but what does that mean experientially? How does this manifest in our actual experience of life? While many people stop at rational knowledge, the fourth stage, we must push ourselves farther. This is where the fifth level begins.

There are certain things that cannot be explained rationally. They transcend logical explanation; they can only be experienced. These phenomena are not irrational; they are post-rational. Reason and logic lead you to them, but only experience can verify them. If you have experienced something in this realm, you cannot prove its existence to someone else, for they must experience it themselves in order to truly know it as well. For example, if someone has never eaten chocolate before, it is impossible to explain to them what it tastes like. They need to taste it and experience it themselves. The same is true for spiritual wisdom.

Deeper Torah knowledge as well requires this post-rational experience, weaving your way into the inner dimensions of Torah consciousness. At this stage, you see reality as it is. No questions, no options, everything is just pure, true, and beautiful.

But then you notice something grand, euphoric, and unexplainable: This was the exact experience you had during the first stage! Your journey through life becomes an epic and cosmic circle. You lost that transcendent connection to oneness so that you could journey through life to rebuild it! This time, however, it’s real, it’s earned, and therefore it’s yours; you chose it, you built it, and now you get to experience it. Now comes the most challenging stage of all: living by the emes that you so deeply know and experience, turning the cerebral light of truth into a life eternally guided by that truth.

Life is full of ups and downs, light and darkness, clarity and faith. Belief is not static, it’s a process – something you must constantly build, mold, and develop. When in the midst of struggle and darkness, remember how far you’ve come, remember why you’re here, remember your why in life, and then push forward and take the next leap in your journey of faith! 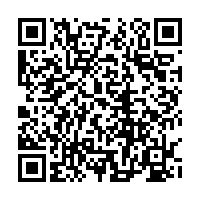