“So, this blood libel being spread in this shocking film has nothing in it beyond the desire to benefit the hatred of the Jewish people, another fake news, this time in front of 222 million subscribers! Do you understand the meaning in addition to what we already absorb from the world and from here, at home?

So, no! We won’t let it! We are a force and it is time to unite. People of Israel, remember how we looked in amazement and appreciation at the Druze for their unity behind the cause (kidnapping PA Arabs to secure the release of a murdered Druze youth – DI)? There are enough streaming companies today, nothing will happen to any of us if we disconnect. Share my breakup image! Let’s do it properly and prove that the people of Israel are a force!”

Dadon included the response she received from Netflix for her subscription cancelation:

Farha, written and directed by Jordanian filmmaker Darin J. Sallam, depicts the 1948 “Nakba” from the point of view of a young Arab woman named Farha (Jordanian actress Karim Taher) who hides in the basement of her father’s house and watches Israeli soldiers occupy her village and abuse and eventually massacre the locals, men, women, and babies, Nazi-style. The Anne Frank cultural reference is so obvious, one expects Dutch wooden clogs to fall from the ceiling.

The Jordanian director claims that the story is based on the experiences of a woman named Radiya, who fled to Syria during the war. Obviously, there’s no documentation of the event, but then again, there was no documentation that Jews crucified you-know-who, and we were massacred for two millennia anyway.

Ynet’s film critic Amir Bogen concluded his thoughtful essay about “Farham,” writing: “With all my sincere desire to rise above the barriers of the boycott movement, to learn more and to understand in depth the Palestinian narrative of the Nakba, ‘Farah,’ with its nasty cartoons, did not help me comprehend where the hatred came from, only to become more aware that it is so intense, senseless, and baseless. And I could probably get it from watching some enthusiastic Arab soccer fans in Qatar.” 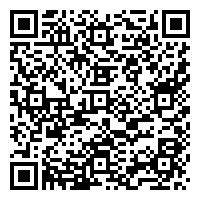