Turns out, different Arabs have radically different views of the next National Security Minister, MK Itamar Ben Gvir. On the one hand, there’s the Lions’ Den terrorist group, which went on Telegram to blame him for the killing of five Arabs over the past day and to declare a day of rage in response. Ben Gvir told 103FM Thursday morning that he was delighted to see what an impact he had – killing five terrorists by just, well, being there.

And then this was this report from Kan News reporter Michael Shemesh: the Embassy of the United Arab Emirates in Israel invited Ben Gvir to a festive event in Tel Aviv in honor of UAE’s 51st Day of Independence tonight (Thursday). Ben Gvir was invited along with Knesset members, ministers, and many other dignitaries.

Ben Gvir was invited by the UAE embassy in the past, but this time he received the invitation from the ambassador himself, His Excellency Mohamed Mahmoud Fateh Ali Abdulla Al Khaja, and he plans to attend. Who wouldn’t?

The invite is in direct contrast to the unfortunate hot-mic comment by President Isaac Herzog, who told Shas representatives “the whole world was afraid of him,” meaning Ben Gvir.

It also is a shot back at the bad advice by former diplomats Dan Kurtzer and Aaron David Miller, who called upon the Biden Administration to get the Abraham Accord partners to fall in line with leftwing agenda against Israel.

And not one of them is afraid of Itamar Ben Gvir! 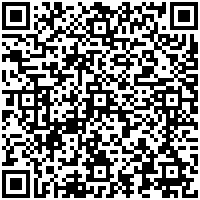