“Many Ashkenazi Jews will naturally put the emphasis on the first in Kadosh and in the middle in ve’a’havta, but that’s incorrect,” says Elky Ogorek Willner. In fact, mispronouncing “ve’a’havta” actually changes the meaning of the word. Properly pronounced, ve’a’havTA means “and you shall love (Hashem)”; mispronounced ve’a’HAVta means “and you loved (Hashem),” in the past.


And miscommunicating with Hashem is no small matter.

To combat this widespread mistake, Willner, whose day job is as a court attorney to a New York State Supreme Court judge, has recently printed laminated bentcher and Shema cards that highlight the syllables that must be stressed.

Willner worked together with a group of dedicated individuals, including a grammarian, Rabbi Chaim Fuhrer, and has the haskama of Rabbi Yisroel Reisman, rosh yeshiva of Torah Vodaath.

Printing these benchers and Shema cards is the culmination of years of work and marks the beginning of what she hopes will be future printing of siddurim, machzorim, and beyond.

Willner first noticed the problem when she lived in Israel about 20 years ago, and her young children were learning how to daven (correctly) in the primary grades. In Israel, most people are more careful to stress the end of the word (what’s called “mil’ra”), where it usually belongs for Hebrew words. Ashkenazi Jews and English speakers most often pronounce words emphasizing the first syllable (“mil’eil”), and have trouble making the switch when speaking Hebrew, and more importantly when davening.

“For the most part, people who see these laminated tefillah cards are very positive about them,” Mrs. Willner notes. “They are beautiful to hold and they are easy and intuitive to use.”

Of course, Willner points out, there are some segments of the community that are resistant to making this change, finding it too difficult, or arguing that it is “avodah shebalev” and, therefore, not worth the effort. She encounters arguments such as “If it was good enough for my rebbe, it’s good enough for me.”

Also, Willner has found that some people distance themselves from this topic “since the Haskala movement emphasized proper grammar, and therefore they feel proper pronunciation in davening is not a worthy issue.” Willner stresses that “I accept their arguments as valid for them. It is not for me to judge anyone or tell people what to do. I just want to help those who recognize it as an important and worthwhile endeavor.”

Willner is selling the benchers and the Shema cards which are appropriate for simchos, dinners, shuls, or for yahrzeit se’udos or other gatherings, as well as for personal use. Contact her at tefilahketikunah@gmail.com for more information, pricing and to place an order. 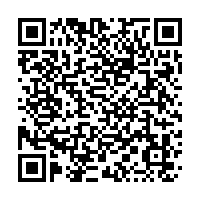