Sarah Zoabi, who says she’s a “proud Arab, Muslim, Zionist Israeli,” happens to also have a great sense of humor. When Boomerang Fighting for Israel asked her to comment on news and social media accusations of Israel being an “apartheid state,” she invited us to follow her around several Israeli locations where she was the only recognizable Muslim woman, complete with her modest burqa and her thick, Arab accent, and try to catch Israeli Jews treating her as anything less than an equal.

Sarah went into Jewish restaurants and stores, walked around on the streets, struck up conversations with complete strangers, and finally stopped her car on the side of the highway, lifted the hood and asked for help.

Wherever she went, she was treated with respect, even friendliness. At one point, after borrowing a Jewish shopkeeper’s phone, she told him not to be concerned if he gets a call from someone with an Arab accent – he’s family.

Naturally, Israeli motorists gladly stopped next to her car on the side of the highway to fill up her radiator with water.

We won’t lie to you, Sarah Zoabi, whose cousin is the vehemently anti-Semitic Haneen Zoabi, is not very popular in her Israeli Arab society. She has been shunned by family members, received death threats and even beatings. But she appears to be unafraid, and her son Mohammed, who is a young adult now, is as fierce as his mother in voicing his support for the state of Israel.

Couldn’t put it better ourselves. 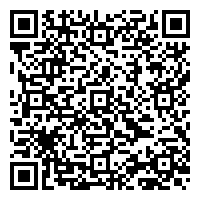