The following general overview of Chanukah is from the Torah Tidbits, a publication of OU Israel. This will be a combination of a halachic review, practical suggestions, useful information, and more. Do not take anything written here as “the last word,” if you have any doubts, check things out with your Rav.


In general, one should prepare his Chanukiya (candelabra) during the afternoon so that there will not be a delay in lighting at the proper time. This is especially so on Friday, Erev Shabbat-Chanuka because things get kind of hectic as Shabbat approaches. (And especially not so for Motza’ei Shabbat lighting – Obviously, no preparation for lighting after Shabbat may be done on Shabbat).

Some have the custom of setting up their Chanukiya in the morning for the evening (this goes for every day – except Shabbat, of course). This not only serves the practical purpose of being ready to light on time without undue delay, but it also commemorates the practice in the Beit HaMikdash called Hatavat HaNeirot, whereby the Kohen (Gadol) tended the Menora and prepared it in the morning for kindling in the late, late afternoon. Since our lighting on Chanuka directly commemorates the lighting of the Menora in the Beit HaMikdash (Temple) , this suggestion provides a nice “added touch” to the mitzva and symbolism of Chanuka lighting.

AL HANISIM is added to every Amida (18 Benedictions prayer) and Birkat HaMazon (Blessing after a meal) through-out Chanuka. (There is no reference to Chanuka in Bracha Mei’ein Shalosh.)

Forgetting AL HANISIM does NOT invalidate either the Amida or Birkat HaMazon. That means that neither is to be repeated because AL HANISIM was omitted.  However, if one realizes the omission before the end of the Amida, AL HANISIM can be said right before YIHYU L’RATZON, with the modified intro below. In Birkat HaMazon, an omitted AL HANISIM becomes a HARACHA- MAN, right before HARACHAMAN HU Y’ZAKEINU, as follows (there are variant texts for this)…

POINT  Brachot (including SHECHECYANU) should be recited BEFORE beginning to light the candles. This complies with the general rule for Brachot of Mitzva, that they be recited immediately before performance of the mitzva, if possible. This means, that even on the eighth night, don’t start lighting the candles until you finish both brachot.

POINT  The essential performance of the mitzva of Chanuka Lights is the lighting of a single candle each night. The custom that we follow of increasing the number of candles each night is considered HIDUR MITZVA (enhancement of the mitzva). This is not to suggest that anyone should follow the original practice of (just) one candle each night. The Jewish People “across the board” accepted upon itself – a long time ago – the current practice of lighting the number of candles that correspond to the day of Chanuka. One practice that has developed because of this, is to begin reciting HANEIROT HALALU after the first candle is lit, while lighting the others. Alternatively, one can wait until the lighting is done to say HANEIROT HALALU.

POINT  One should not just light the Chanuka candles and then go on to business as usual, but rather one should look at the candles for a while, ponder G-d’s miracles, spend some time with the family talking about the message of Chanuka and how it relates to our time, play a little dreidel, sing a song or two, have a snack, have some Chanuka fun.

POINT  It is recommended to learn some Torah, share a Dvar Torah, have a family shiur, or something like that, right after candle lighting (or sometime in the evening). The decrees of the Greeks included a ban on learning Torah. Our celebration of Chanuka marks our freedom from Greek oppression, including the ability to learn Torah in public without fear. So let’s do just that!

POINT  There is a dispute as to whether the bracha ends NER SHEL CHANUKA or NER CHANUKA. One should follow his own (or family) minhag (custom), if you have one. If not, ask your Rav which wording you should use. (A third opinion is to combine the words with L’HADLIK NER SHEL’CHANUKA. 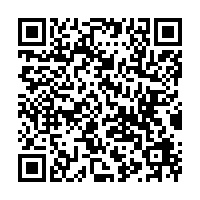