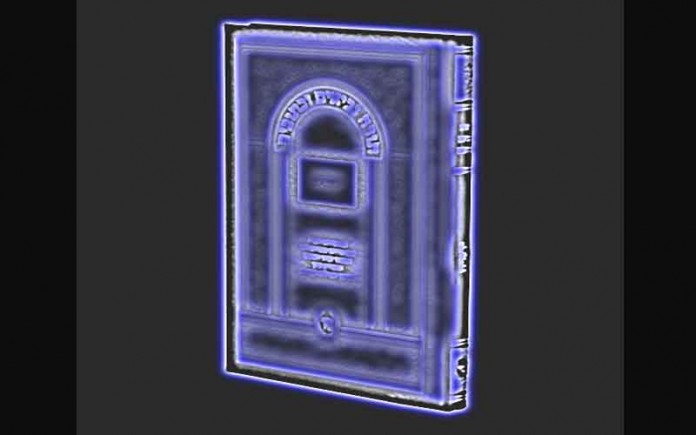 Midway through January 2020, back when the world was my oyster and the future still promised to unspool itself with predictable unpredictability, my husband and I became empty-nesters. By all accounts, we were very young to have reached this milestone and we were grateful and excited to embrace our new adventure.

Aside from the plans we had as a couple, I also had some personal goals, one of which was to commit to learning Torah on a more consistent basis. The timing was perfect. The secular new year, combined with the communal high after the Siyum HaShas culminating a few weeks later with my daughter’s wedding, created a perfect spiritual storm that drew me into its epicenter. Many of my friends had committed to learning Daf Yomi, an avenue of learning that has become increasingly accessible to women, but in my heart of hearts I knew that at this juncture in my life it was not the right path for me. I chose instead to start Nach Yomi through the platform offered by the OU Women’s Initiative for learning Torah’s Nevi’im (Prophets) and Ketuvim (Writings).

Due to my daughter’s wedding I had missed the first ten days of the program. Fueled by the adrenaline of new beginnings I spent my first week as an empty-nester catching up on the chapters I had missed. I hadn’t learned Yehoshua since I was a freshman in high school, so I was familiar with the story, but that’s all it was to me, a story. Learning it anew was like discovering a secret about a friend you thought you knew well – exciting, but also troubling, and sometimes confusing.

Every morning at 5:30 a.m. I would choose the largest, most potent setting on my Keurig, simultaneously making sure that my cantankerous, well-loved laptop had not died overnight. Although it didn’t take long to integrate this new ritual into my life, it wasn’t always easy. There were some mornings when nothing made sense. When it was just too early and I was just too tired. When the anxiety and sadness surrounding the pandemic and life itself in this new, unfathomable world whispered a familiar refrain: What’s the point? When the words, ancient, foreign, and often clumsy on my tongue, refused to penetrate. Trapped in an antechamber that preceded comprehension, the words piled up aimlessly, until exhausted with the effort, they simply floated away. Sometimes the text was too dry, its brittleness unable to move me, and I would feel vaguely unsettled all day long. Other days the opposite would happen. I would learn something so mind-blowing that I was compelled to explore the concept further, sometimes losing track of time, surrendering my schedule in a way that was incongruous with my highly regimented personality.

It was Shlomo HaMelech himself who encapsulated and articulated these wildly divergent feelings of inspiration and spiritual ennui. From the passionate verses of Shir HaShirim to the wisdom of Mishlei to the radically dark cynicism of Koheles, all stemming from the wellsprings of one man’s dichotomous experience. To everything there is a season, and a time to every purpose. Life is beautiful and ugly, meaningful and pointless; we reside in the spaces between the extremes.

At the end of Divrei HaYamim II, when Shlomo HaMelech is setting up the Beis HaMikdash, there is a brief reference to the chatzotzros, the two silver trumpets that Moshe was instructed to create in parshas Behaaloscha. Rav Shamshon Raphael Hirsch noted that the word lecha – “for you” – was mentioned twice in verse 10:2. “Make for yourself two silver trumpets..and they shall serve you to call the community.” The repetition of lecha teaches us that all of the keilim, vessels, that were made through Moshe could be used after his death except for the trumpets. Hashem specifically reiterated to Moshe through this double language that they are only “for you” during your lifetime. This is in stark contrast to the other keilim, which were passed down to subsequent generations to be used in the Beis HaMikdash. What was it about the trumpets that made them unfit for future use?

Rav Yisrael Meir Lau explains this in a beautiful way: The trumpets were used as a means to communicate with the bnei Yisrael. Every generation is different and consequently needs to be communicated with in their own language. Every leader needs to create their own set of trumpets, their own unique method of communication based on the zeitgeist of their era. All the other keilim were immutable in that the mesorah needs to be passed down intact from generation to generation. The method of transmitting that mesorah, however, has to be tailored specifically for each generation, and so the trumpets that Moshe used were exclusive to him and to the people he led.

Every generation thinks it is special – more advanced, more prescient, more enlightened. We file each other into cabinets based on our birthdates and give ourselves nicknames. We think it’s cute to make fun of millennials and blame climate change on boomers, while gen-x sits back and just wishes it was 1985 again. What used to be called a generation gap has widened into a chasm. We have cracked apart and splintered; our shards are weapons with which we wound each other daily. It is no wonder that one leader cannot unify the nation. Sadly, it seems that it would take at least a million different types of trumpets to even capture anyone’s partial attention. We are strangers in a very strange land. To quote Yirmiyahu, it is for all of this I weep.

I’m not a politician, or a pundit, or a scholar. I am, however, an observer, a contemplator, and a seeker of knowledge. In the past two years, as I went through Nach, it was through the prism of current events and my evolving role as the strawberry jam in the Hirsch/Miller sandwich generation. At one end of the spectrum, I’m calling my mother to wish her good Shabbos on a landline whose number is almost as old as I am. On the other end, my kids are FaceTiming me, a modality I initially resisted but capitulated to when I realized that this was an excellent method of reading their emotional temperature without being too intrusive. I am the bridge between the generations. I can’t fix the world but I can make my own little place in it an oasis, a haven from the harsh elements. I construct a trumpet of my own, anointing myself as the leader of my tiny fiefdom. I explain to my mother that the grandchildren prefer texting to talking; it doesn’t mean they love her any less. My girls are old enough to remember a time before texting; they know the importance of calling their Bubby on the phone. After my mother got WhatsApp, I sent her pictures, articles, and brief little updates on life. I almost cried the first time she answered me back. Although our mesorah is indelible, it is not averse to being transmitted via wifi.

I’m planning on starting the Nach Yomi cycle again. I briefly toyed with just listening to a random class daily, but I like knowing that I am part of a community of women far-flung all over the globe learning the same thing at the same time. It’s also extremely meaningful to me that in the predawn hours that I am studying Nach, my husband is giving his daily Daf Yomi class in shul. Although we no longer share the day-to-day physical experience of raising children, we are still, as a couple, doing our part in tandem to be involved with Torah through the trumpets that Hashem has so graciously allowed us to create.

There is nothing new under the sun, yet the sun rises again each morning and brings us a brand new day replete with brand new opportunities. I am different today than I was yesterday, and tomorrow I will awaken and be reimagined once again. It’s fascinating to me that in our holy canon there is an entire sefer dedicated to verbalizing the angst of “What’s the point?” It is equally fascinating to reach the “sof davar” of Koheles, the denouement not just of this sefer but of everything and anything under the sun. It is a lesson that in complicated times is remarkably uncomplicated:

Fear G-d. Keep His commandments. For this is the entire man.