When it comes to being pro- or anti-Israel, people try to win the hearts and minds of people. Recently, some have tried to affect their stomachs (livelihood) – with a bizarre campaign to flood a Teaneck kosher restaurant with negative online reviews and, to a lesser degree, a gluten-free kosher restaurant in Manhattan.

A TikTok video of a woman in a Covid mask urged people to post negative reviews of Yalla Teaneck, which serves Middle Eastern fare like schwarma and falafel.

Owner Jacob Goldberg, who was born in Jerusalem and has run the restaurant for about a year-and-a-half in Teaneck, New Jersey, said he used to get one or two bad reviews a month that might be followed by “Free Palestine” or a remark against Israel.

He said after one negative review that was obviously fake, he contacted a person who replied, “Let me show you what I can do.”

Over the weekend, he found there were about 300 negative reviews, including one that said there was a hair in the food and another that said it was the worst restaurant in the United States.

“I’m not surprised that people hate,” Goldberg told The Jewish Press. “I’m surprised that Google, a company worth billions of dollars doesn’t have a way to stop this. How I could get 100 negative reviews on a Saturday when I’m not open. Just by the sheer number of reviews, it should set off an alarm. Most Teaneck restaurants get a couple of reviews a week, whether good or bad.

Goldberg said since “Yalla” is an Arabic phrase, it’s possible someone found it and was mad that the food was kosher.

“The posts were random hate,” he said. “There were pictures of mashed potatoes. Mashed potatoes are not on our menu.”

He said his rating went down from a 4.6 to a 2.8 as a result of the improper negative reviews but members of a kosher foodie group helped by posting positive reviews. The rating is now a 4.9. Monday night ratings were suspended and currently one can post reviews, but there is a sentence indicating ratings are being monitored.

There were similar negative reviews against Modern Bread&Bagel, a kosher gluten-free restaurant on Manhattan’s Upper West Side known also for its impressive breakfasts and take-out menu. The owner posted that she does serve Israeli salad but the restaurant menu is not based on Israeli fare.

Elan Kornblum, president of the online “Great Kosher Restaurant Foodies,” which has more than 65,000 members, said some of his group posted positive reviews and patronized Yalla Teaneck.

As for this attack using negative reviews, Kornblum said while it isn’t unprecedented, it was on a different scale.

“We have seen this before but never to this degree,” Kornblum told The Jewish Press. “G-d forbid that there is any organization behind it. My guess is, it was just a couple of punks and this will be the end of it. It can be scary when you don’t know who you are dealing with, but hopefully it will be a blessing in disguise and the result will be more business for those affected.” 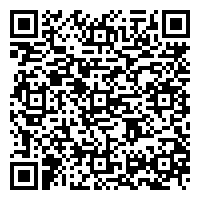