We derive the mitzvah of birchas hamazon from the pasuk of “v’achalta v’savata u’veirachta” in this week’s parshah. The mitzvah is to recite three berachos after one eats bread made from one of the five grains (wheat, spelt, oats, rye, and barley). The Rabbanan added a fourth berachah at a later time. The Gemara (Berachos 48b) says that Moshe Rabbeinu instituted the first berachah of bentching when Bnei Yisrael ate the mon in the midbar.

There are several questions regarding the mon and this mitzvah. The Gemara (Berachos 51b) says that one can only bentch if the food one ate has not yet completely been digested (which generally takes 72 minutes). Yet, the Gemara (Yoma 75b) also says that the mon was absorbed into the bodies of Bnei Yisrael; no digestion was necessary. If so, asks the Chazon Ish, how were Bnei Yisrael able to bentch after eating it?

Another question was asked to Rabbi Avraham, the son of the Rambam: How could Bnei Yisrael have bentched after eating the mon when the mon was not comprised of one of the five grains?

A third question: The pasuk from which we derive the mitzvah of bentching implies that it only became applicable once Bnei Yisrael entered Eretz Yisrael. First, the Torah speaks about the mailos of Eretz Yisrael when it commands us to bentch. Second, the Gemara (Berachos 20b) discusses whether women are obligated m’d’oraisa to bentch (or only m’d’rabbanan). Rashi explains that the reason why women would be exempt m’d’oraisa is because they did not receive a portion of land in Eretz Yisrael. If so, though, how do we reconcile these sources with the passage in the Gemara (Berachos 48b) that says that Moshe Rabbeinu instituted the first berachah of bentching when the mon began to fall? At that point, Bnei Yisrael had not yet entered Eretz Yisrael!

The answer to all of these questions can be found in the commentary of Rabbeinu Bechaya on the Torah’s words regarding the mon: “u’vaboker tisbe’u lechem, vidatem ki ani Hashem” (Shemos 16:12). Rabbeinu Bechaya explains that when the mon fell, Hashem commanded Bnei Yisrael to bentch and thank Him for it. This command was separate from the general mitzvah of bentching, which is derived from “v’achalta v’savata u’veirachta.” (We happen to use the berachah Moshe Rabbeinu instituted for the mon for our bentching as well, but the two bentchings are different.)

With this explanation, we can answer our questions. Since the mon was not comprised of one of the five grains, and since it was immediately absorbed into the bodies Bnei Yisrael without digestion, and since they ate the mon before they entered Eretz Yisrael, they had no obligation to bentch based on the general mitzvah of bentching derived from “v’achalta v’savata u’veirachta.” They bentched nonetheless, though, because they were given a specific mitzvah to thank Hashem for the mon.

Indeed, without this explanation, we could easily ask: How could Bnei Yisrael have been obligated to bentch when the mon began to fall in Marah, before they were given the mitzvah to bentch at Mattan Torah? However, now that we’ve explained that this obligation was separate and apart from the general mitzvah to bentch, everything makes sense 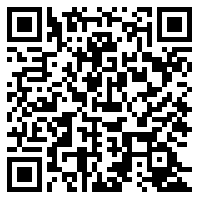