It is a scene that still has the power to shock and disturb. The people complain. There is no water. It is an old complaint and a predictable one. That’s what happens in a desert. Moses should have been able to handle it in his stride. He has been through far tougher challenges in his time. Yet suddenly he explodes into vituperative anger:

“Listen now, you rebels, shall we bring you water out of this rock?” Then Moses raised his arm and struck the rock twice with his staff. (Numbers 20: 10-11).

It was such egregious behavior, so much of an overreaction, that the commentators had difficulty in deciding which aspect was worst. Some said it was hitting the rock instead of speaking to it as God had instructed. Some said it was the use of the word “we.” Moses knew that God would send water; it had nothing to do with Aaron or with Moses himself. Others, most famously Maimonides, said that it was the anger evident in the words “Listen now, you rebels.”

The questions I want to raise are simply these: What made this trial different? Why did Moses momentarily lose control? Why then? Why there? These questions are entirely separate from that of why Moses was not allowed to enter the land. Although the Torah associates the two, I argue elsewhere that this was not a punishment at all. Moses did not lead the people across the Jordan and into the land because that task, involving a new generation and an entirely new set of challenges, demanded a new leader. Even the greatest figures in history belong to a specific time and place. “Dor dor u’parnasav – Each generation has its own leaders” (Avodah Zarah 5a). Leadership is time-bound, not timeless.

Behind Moses’s loss of emotional control is a different story, told with utmost brevity in the text: “In the first month the whole Israelite community arrived at the Desert of Zin, and they stayed at Kadesh. There, Miriam died and was buried. Now there was no water for the community…” Moses lost control because his sister Miriam had just died. He was in mourning for his eldest sibling. It is hard to lose a parent, but in some ways it is even harder to lose a brother or sister. They are your generation. You feel the angel of death come suddenly close. You face your own mortality.

But Miriam was more than a sister to Moses. She was the one, while still a six-year-old child, to follow the course of the wicker basket holding her baby brother as it drifted down the Nile. She had the courage and ingenuity to approach Pharaoh’s daughter and suggest that she employ a Hebrew nurse for the child, thus ensuring that Moses would grow up knowing his family, his people and his identity.

Small wonder that the Sages said that Miriam persuaded her father Amram, the gadol hador (leading scholar of his generation), to annul his decree that Hebrew husbands should divorce their wives and have no more children since there was a fifty percent chance that any child born would be killed. “Your decree,” said Miriam, “is worse than Pharaoh’s. He only decreed against the males, yours applies to females also. He intends to rob children of life in this world; you would deny them even life in the World to Come” (Midrash Lekach Tov to Exodus 2:1). Amram admitted her superior logic. Husbands and wives were reunited. Yocheved became pregnant and Moses was born. Note simply that this midrash, told by the Sages, unambiguously implies that a six-year-old girl had more faith and wisdom than the leading rabbi of the generation!

Moses surely knew what he owed his elder sister. She had accompanied him throughout his mission. She led the women in song at the Red Sea. The one episode that seems to cast her in a negative light – when she “spoke against Moses because of his Cushite wife,” for which she was punished with leprosy – was interpreted more positively by the Sages. They said she was critical of Moses for breaking off marital relations with his wife Zipporah. He had done so because he needed to be in a state of readiness for Divine communication at any time. Miriam felt Zipporah’s plight and sense of abandonment. Besides which, she and Aaron had also received Divine communication but they had not been commanded to be celibate. She may have been wrong, suggested the Sages, but not maliciously so. She spoke not out of jealousy of her brother but out of sympathy for her sister-in-law. 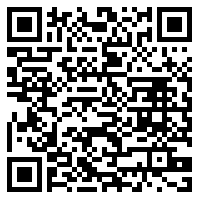