“I imagine one of the reasons people cling to their hates so stubbornly is because they sense that once hate is gone, they will be forced to deal with pain” (James Arthur Baldwin).

There is a verse in Ki Teitzei momentous in its implications. It is easy to miss, appearing as it does in the midst of a series of miscellaneous laws about inheritance, rebellious sons, overladen oxen, marriage violations and escaping slaves. Without any special emphasis or preamble, Moses delivers a command so counterintuitive that we have to read it twice to make sure we have heard it correctly:

“Do not hate an Edomite, because he is your brother.”

“Do not hate an Egyptian, because you were a stranger in his land” (Deuteronomy 23:8).

What does this mean in its biblical context? The Egyptians of Moses’s day had enslaved the Israelites, “embittered their lives,” subjected them to a ruthless regime of hard labor, and forced them to eat the bread of affliction. They had embarked on a program of attempted genocide, Pharaoh commanding his people to throw “every male [Israelite] child born, into the river” (Exodus 1:22).

Now, forty years later, Moses speaks as if none of this had happened, as if the Israelites owed the Egyptians a debt of gratitude for their hospitality. Yet he and the people were where they were only because they were escaping from Egyptian persecution. Nor did he want the people to forget it. To the contrary, he told them to recite the story of the exodus every year, as we still do on Passover, reenacting it with bitter herbs and unleavened bread so that the memory would be passed on to all future generations. If you want to preserve freedom, he implies, never forget what it feels like to lose it. Yet here, on the banks of the Jordan, addressing the next generation, he tells the people, “Do not hate an Egyptian.” What is going on in this verse?

To be free, you have to let go of hate; that is what Moses is saying. If they continued to hate their erstwhile enemies, Moses would have taken the Israelites out of Egypt, but he would not have taken Egypt out of the Israelites. Mentally, they would still be there, slaves to the past. They would still be in chains, not of metal but of the mind – and chains of the mind are the most constricting of all.

You cannot create a free society on the basis of hate. Resentment, rage, humiliation, a sense of injustice, the desire to restore honor by inflicting injury on your former persecutors – these are conditions of a profound lack of freedom. You must live with the past, implies Moses, but not in the past. Those who are held captive by anger against their former persecutors are captive still. Those who let their enemies define who they are have not yet achieved liberty.

The Mosaic books refer time and again to the exodus and the imperative of memory: “you shall remember that you were slaves in Egypt.” Yet never is this invoked as a reason for hatred, retaliation or revenge. Always it appears as part of the logic of the just and compassionate society the Israelites are commanded to create: the alternative order, the antithesis of Egypt. The implicit message is this: limit slavery, at least as far as your own people are concerned. Don’t subject them to hard labor. Give them rest and freedom every seventh day. Release them every seventh year. Recognize them as like you, not ontologically inferior. No one is born to be a slave.

Give generously to the poor. Let them eat from the leftovers of the harvest. Leave them a corner of the field. Share your blessings with others. Don’t deprive people of their livelihood. The entire structure of biblical law is rooted in the experience of slavery in Egypt, as if to say: you know in your heart what it feels like to be the victim of persecution; therefore do not persecute others. 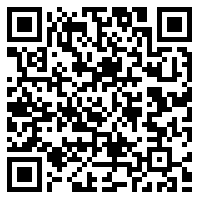