When Korach challenged Moshe and Aharon, he was challenging and seeking to undermine the nation’s leadership. Korach countered that although at Sinai Moshe was needed to transmit the Torah, that was in the past. From Sinai onward, it was no longer necessary to be taught and guided by a teacher. “For the entire nation is holy and in their midst is G-d. So why have you raised yourself above the assembly of G-d?”

In doing so, Korach unwittingly challenged the very fabric of creation. The ramifications of his arguments were not only a challenge to the authority of the nation but of the very foundation of the world which is only sustained through a system of hierarchy and submission to other powers/forces that nurture and provide.


The Torah defines peace as our ability to maintain that status of homeostasis in creation, wherein the world and all of its components uphold and maintain the giver-taker relationship. That relationship requires a sense of selflessness to provide for others, as well as a sense of deferential submission to supreme powers. Thus, Korach’s rebellion was an attack on “peace” itself.

In the same vein, Korach’s claims posed an indirect challenge against the Torah and Shabbos, because they too are Klal Yisroel’s spiritual providers. We submit ourselves to the Torah and seek to observe Shabbos properly, at times at great personal sacrifice. The attitude that Korach perpetuated undermined those basic tenets. He claimed that every Jew could be spiritually self-sufficient. That attitude stands in direct contrast to the essence of Torah study and Shabbos observance.

I once heard the following beautiful observation. There are two bodies of water within the borders of Eretz Yisroel: the Kinneret and the Dead Sea. The waters of the Kinneret have a crystal blue appearance and are sweet and healthy, providing much of the country’s water. The Dead Sea, on the other hand, lives up to its name. Its waters are salty and bitter and cannot sustain any life.

What is the difference between these two bodies of water? The Kinneret has water feeding into it and flowing from it. The Dead Sea, however, only has water flowing into it; no water flows from the Dead Sea.

When something provides and gives of itself and then receives in return, it is a testament to its vitality and vigor, like the Kinneret which both receives and provides. However, when something/someone hoards what is given to it, and does not give to others, that indicates that there is spiritual death and sterility. The Dead Sea receives but does not provide and therefore it cannot sustain life.

It is only a nation led with humility and selflessness, with leaders such as Moshe and Aharon, that is destined to become a holy G-dly nation. 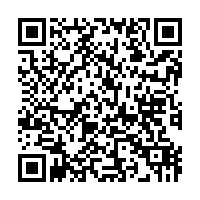