Realizing that people need encouragement to accept leadership positions Rashi explains (27:18) that G-d instructed Moshe to approach Yehoshua with the job proposition. G-d told Moshe to highlight what a special privilege it is to lead Bnei Yisrael. Yehoshua, who had witnessed first- hand many of the challenges Moshe faced and the travails he had experienced, would be forgiven if he politely declined Moshe’s offer. However, Moshe explained that it was worth all the hardship to help G-d’s children come closer to Him.

Hashem also instructed Moshe to give Yehoshua active authority while Moshe was still alive. It was not enough to simply appoint Yehoshua and then have him sit in waiting. People would question why he wasn’t being given any responsibility during Moshe’s lifetime. (In fact, LBJ suffered terribly from this perception while serving as vice president.) Seforno comments (27:20) that G-d told Moshe to allow Yehoshua to be immediately involved in the national leadership so that the Sanhedrin and the elders would be accustomed to listening to him.


Although the Gemara in Temurah (16a) discusses some of the problems that occurred on Yehoshua’s first day in office, namely the forgetting of thousands of laws, overall Yehoshua’s ascension to manhig went flawlessly. As Sefer Yehoshua describes in vivid detail Yehoshua went on to become one of the most successful leaders Bnei Yisrael ever had.

Leaders must prepare their successors and do all that they can to ensure a smooth transition. Unfortunately, LBJ went on to make many mistakes in his presidency, especially with respect to the Vietnam War. But during those dark days following Kennedy’s assassination he served as a brilliant example of how to transition into power. It is one of the best modern examples of the lessons learned from this week’s parsha.

Rabbi Dr. David Hertzberg is the principal of the Yeshivah of Flatbush Middle Division. Comments can be emailed to him at mdrabbi@aol.com. 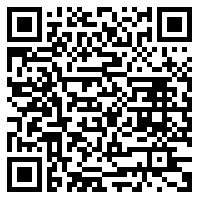