According to new research by Ben Gurion University scientists – one physicist, one Bible scholar, one archaeologist – the miracle described in the Book of Joshua in which the sun and the moon stood still to provide a longer day so that the Israelites could finish off their Canaanite enemies – was merely an eclipse that lasted five minutes and fifteen seconds, which happened, according to NASA’s calculations, on October 30, 1207 BCE 4:28 PM, a.k.a. 1 Kislev, or 29 Cheshvan (it was Rosh Chodesh either way), 2554. We have not seen the actual work, and so must rely on the reports on it in the Israeli media, so that if the media got it wrong, we apologize.

The researchers suggested that what makes the biblical event unique is the fact that it mentions the role of the sun and moon:

“Then, on the day God handed over the Emorite to the people of Israel, Joshua spoke to God in the sight of Israel, saying: ‘Sun, stand motionless over Givon! Moon, you too, over Ayalon Valley!’ So the sun stood still and the moon stayed put, until Israel took vengeance on their enemies.” (Joshua 10:12-13)

The mention of both the sun and the moon led the three researchers to the conclusion that the text refers to a solar eclipse, during which the moon moves between the sun and the earth, blocking the sunlight. They checked the NASA data, discovered the eclipse, and published their results.

The physicist, Dr. Hezi Yitzhak, who led the team, has been contemplating that bit of text from the Book of Joshua for some time now, and his conclusion regarding the eclipse bears some merit, even though it appears counterintuitive. Those of us who are familiar with the text, as well as all of Jewish tradition, have always imagined the story as being about the daylight hours becoming twice as long, to let the Israelites kill as many of their enemies as they could. What if what Joshua and his army needed was not more daylight, but instead more darkness? After all, they began their successful battle that day with a quick trek from Gilgal, on the shores of the Jordan River, under cover of the darkest night of the month – Rosh Chodesh is when the moon is usually unseen. It was darkness that gave them the element of surprise and the edge over their enemies – what if darkness is what they needed for the rest of the day?

There are several problems with this theory, not the least of which is the notion that the Bible offers a verifiable historical record. The Bible is, first of all, a religious text meant to teach us moral values. It is also the poetry of several Jewish prophets, starting with Moses, author of the Torah. From its very first chapter, the account of Creation, it is self-evident that the Bible is not a scientific account of history. Of course, it is also not detached from history, seeing as the events it describes did take place. The fact that our sages debate their conflicting notions of the reality of those events proves that the authors of our Biblical stories did not consider scientific details their topmost priority.

Having said that, the reported attempt to interpret an event described traditionally as two daylight periods stitched together as having actually been five minutes of darkness is, well, wanting. Especially since, according to the media reports, the scientists base much of their claim on interpreting the Hebrew word Dom (stand still) as meaning darkness.

In the two mentions of the word Dom in the Bible, it is used in the context of standing still (which, incidentally, is the IDF’s equivalent command to Attention – stand up straight, don’t move a muscle), in Joshua 10, and as “be silent” (Psalms 37:7).

However, we do have a related Hebrew word, Dimdum, which is often used as reference to dusk (Dimdum Hama – sunset). So, if Joshua actually commanded the Sun to remain in its dusk state, this would support the researchers’ theory.

Still, if the astronomic event lasted only five and a quarter minutes, what good was it really in terms of affecting the outcome of the battle?

Then there’s the matter of the meteor shower described in Joshua 10:11: “As they fled before Israel down the road to Beit-Horon, God threw huge stones down on them all the way to Azekah, and they died; more died because of the hail stones than because Israel had killed them with the sword.”

Which means that the Sun standing still incident was just one in a day full of exceedingly traumatic events for the poor Canaanite armies.

Incidentally, the entire campaign that day was Joshua’s effort to save the Givonites, a nation that earlier on had fooled him into signing a peace pact with him, and were then being attacked by their neighbors. So that all those amazing astronomic events and bloody fighting were the result of God’s and Joshua’s combined attempt to live up to their word to a group of converts. Our sages noted (Midrash Shmuel 28:5) that God reminded Joshua of his own origin, Osnat, wife of Joseph, who was a convert.

Where Am I: Not the River of Babylon 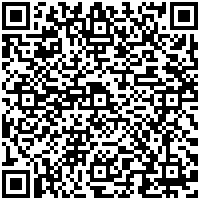