This week’s parshah, Parshas Mishpatim, discusses various halachos regarding monetary issues. One of the topics revolves around when one damages another person’s property. One is responsible to pay for the damage that either he or his possessions caused.

The Machaneh Ephraim (Hilchos Nizkei Mammon) discusses the following scenario – one breaks an item that is worth $10 at the time that it was broken. On the day that the individual is to pay, the item has devalued and is only worth $8. How much does he have to pay, $10 or $8? Similarly, can he replace the item with an exact replica of the broken item that is now worth less or does he have to reimburse the owner with the cash value of the item at the time it was broken?


The Gemara discusses the halacha of this case regarding when one steals an item. If the item is still intact, it can be returned even if the price has decreased. If the item is physically damaged, one cannot return it and cannot buy a new one at the lesser price; rather, he must pay the owner what it was worth at the time it was stolen. Here’s the question: Does the halacha of repaying for damages follow the halacha of stealing, or does it differ – allowing one to replace the damaged item at a lower price?

We can simply explain that the machlokes Rishonim depends on the following question: When one damages an item is he obligated to replace the item, either with an actual item or with money to purchase an item at today’s price, or is he obligated to pay for the loss that the owner incurred at the time of the damage?

Based on this, the Machaneh Ephraim explains the following machlokes between the Rambam and the Raavad (Hilchos To’en V’niten 5:2) – the halacha is that mi’de’oraysa one can only swear regarding movable objects; one cannot swear on a matter concerning land. If one claims that his fellow dug two holes on his land and thereby cheapened the value of the land and his fellow only admits to digging one hole, he does not have to swear mi’de’oraysa. Generally, when one admits to part of a claim he is obligated to swear mi’de’oraysa. However, says the Rambam, since this oath would concern land he is exempt from swearing. The Raavad argues that this case is not considered swearing regarding land, but rather they are disputing how much money is owed – in which case he is obligated to swear mi’de’oraysa.

The Machaneh Ephraim explains that this machlokes is dependent on the question that we discussed above. The Rambam, as mentioned earlier, holds that when one damages an item he is obligated to replace it. Therefore, when one damages land he is obligated to replace the land. This being the reason that the Rambam considered the dispute to be concerning land, he was unable to swear mi’de’oraysa. The Raavad was of the opinion that one is not obligated to replace the item that he damaged, but rather that one is indebted to pay the owner the value that was lost at the time of the damage. It is for this reason that the Raavad said that the dispute here concerns money and not land – thereby allowing for an oath mi’de’oraysa.

Reb Chaim Soloveitchik raised the following question regarding this scenario –  there only exists two of a certain type of stamp and they both belong to one individual. Since two of these stamps exist, they are each worth $50. If there would only be one of them in the world, it would be worth $100. If someone were to destroy one of the stamps, would he be obligated to pay the owner or would we say that since there was technically no loss of money – as the remaining stamp increased in value – he is not obligated to pay?

Initially, Reb Chaim said that it is dependent on the question that we mentioned earlier. If the obligation to pay, when one damages, is to reimburse the owner for his loss, then in this case where there was no loss one need not pay anything. However, if one is obligated to replace an item that he damaged, and if he is unable to replace it he must then pay for it, then in this case that finds him unable to replace the item he should be obligated to pay for it. 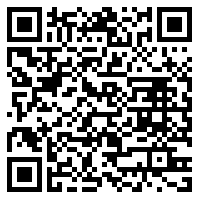