According to Orthodox teacher Rebbetzin Malka Piotrkowski, author of “Walking in her Path: the Challenges of Life in a Halachic and Values-Based Perspective,” on Saturday night said in an interview on the podcast of Dr. Michal Prince that today’s relationship between spouses includes friendship beyond a joint effort to procreate.


Rebbetzin Piotrkowski distinguishes between different types of contact, which are not only for sexual purposes but also for support or comfort.

“The laws of Nida-Menstruation were established in a time when the expectations of the spouses were completely different; not that there was no love between them, but the expectation from married life was different,” she said.

Rebbetzin Piotrkowski believes that there are three types of contact between the spouses: “a contact of help – during collaborations between the spouses such as transferring a baby from hand to hand; a touch of affection – that expresses the connection between the sposes during emotional events; and the third is the intimate touch.”

The Rebbetzin does not claim to be a halachic posek, but she does believe that attention and recognition should be given to the distinction between the different types of contact. “There are cases where the contact between the spouses is entirely without expectations of intimacy.”

Malka Piotrkowski completed a bachelor’s degree in Jewish studies at Bar-Ilan University and a master’s degree in Talmud from Tel Aviv University. She taught at Pelech and coordinated Talmudic and Halachic studies there. She wrote study programs for matriculation in Talmudic Study and instructed teachers of Oral Torah and Halacha.

Piotrkowski headed the Lindenbaum seminary (Seminar Bruria) and headed its halachic program. Since 2010, she has been teaching at the Migdal Oz seminary, Matan Women’s Institute for Torah Studies in Raanana, and Midreshet Ein Prat.

Piotrkowski is one of the founders of the Takana Forum for dealing with complaints of sexual abuse within the national-religious communities. She is a member of the Mavoi Satum (dead end) public committee for the treatment of agunot whose husbands refuse to issue them a get. In 2012, she received an honorary doctorate from Bar-Ilan University. In 2013, she was appointed a member of the Medicine Basket Committee of the Health Ministry as an expert on halacha, replacing Rabbi Yuval Sherlow.

In 2015, she was chosen to light a torch at the torch lighting ceremony on Israel’s 67th Independence Day.

The Rebbetzin describes two well-known situations that call for contact between the husband and wife but are avoided solely because the woman is menstruating. The first situation is the need for a touch of affection and comfort when the woman goes through a crisis and needs touch which does not come from a sexual place. According to the Rebbetzin, there are many examples in which the woman experiences a crisis or, God forbid, depression, and all she needs is a comforting touch from her husband. In this situation the couple is going through a crisis, the woman needs comforting and the man wants to comfort, and vice versa, but because of the halachic restriction the man cannot touch his wife a reassuring touch.

The second situation is during birth, where the husband is prevented from contact with his wife according to halacha, although in reality, the contact between them can only be a touch of assistance without any sexual outcome.

“When giving birth, the touch is a mixture of affection and support, when halachically the woman is Nida, but there is a big ‘but’ here, when the desired contact between the spouses in this situation is a touch of help, which also includes affection.”

The Rebbetzin says that in her personal experience, even if there was no contact, she wanted her husband to be by her side during the birth, a need that the rabbi at the time did not understand.

“That rabbi is a wonderful and sensitive person, but there are 20 years between us and therefore he didn’t understand this need in a relationship today.” 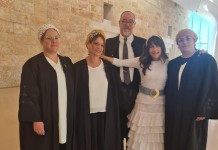 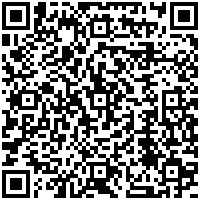