Do we have the courage to swim against the stream? To be in the minority? To be different?

Parshat Lech Lecha presents us with the father of our nation, Avraham Avinu, who blazes a new trail. He teaches us not to be concerned about Judaism’s refusal to adopt the ways of the surrounding culture. Rav Samson Raphael Hirsch comments on the Jewish DNA that Avraham passed down to us:

“The isolation of Avraham was the result of his total opposition to the culture of his day. His values stood in stark contrast to the accepted values of that era….

“In our times, people advocate for ‘Judaism according to the spirit of the times.’ The sharpest protest against this idea is the first mitzvah that was spoken to Avraham: Lech lecha! Go forth! Be different!

“Did the appearance of Avraham in history fit the ‘spirit of the times’ in Babylonia, Assyria, Sidon, and Egypt? From the time of Avraham until today, great courage and complete faith in our inner truth has been demanded of us. How could we have survived – and how will we survive – if we hadn’t inherited from Avraham Avinu a permanent minority status that comes with the courage to be different?”

He was not privileged to have children of his own; he would often say the two projects that comprised his life’s work were his children. Tuesday was the anniversary of the passing of Rav Meir Shapiro from Lublin. These are the “children” he left behind:

He explained: The real test of education occurs after the children go, after they leave school. Only then is it possible to see if they really learned something and internalized it. 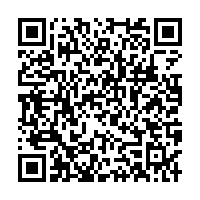