Tens of thousands of people accompanied Rabbi Shalom Cohen to his final resting place after he passed away last week at the age of 91. Rabbi Cohen was head of the Porat Yosef Yeshiva and president of the Council of Torah Sages. I first heard him speak years ago when I was sent as a young reporter to cover a convention of the Shas (Sephardic religious) party.

Rabbi Ovadia Yosef was scheduled to speak at the convention hall but, prior to his arrival, Rabbi Cohen got up to speak. In those days I was mainly interested in finding political headlines in the speeches of Shas leaders, but I do not recall any such headlines that came out of that event. Instead, a powerful Torah thought on faith and trust in G-d was expressed.

Rabbi Cohen spoke in a thunderous voice as he quoted the Torah passage which describes how Miriam stood on the banks of the Nile River while her brother Moshe floated in a basket. “And his sister stood from afar to see what would happen to him.” He repeated the passage and explained as follows:

Miriam was not just standing there. She stationed herself at a distance but stood erect without fear. She knew that everything would turn out well. After all, she was a prophetess and she knew that all the prophecies regarding the Exodus from Egypt would come true. She did not stand there anxiously waiting, but only wanted to know how salvation would come and also in order to act and help if necessary. In the end, Pharaoh’s daughter came to bathe in the Nile and saw Moshe in his basket. Miriam approached and suggested that he should be raised by his mother in his first years of life, and that is what happened.

“We must believe and know with absolute certainty that ultimately everything will turn out well,” the rabbi proclaimed. “And that we are only standing from a distance to see how the Holy One blessed be He will work out the details, while we just need to be ready to do our part. This, in fact, describes the attitude we need to adopt towards the entirety of life.”

I remember that same night conveying this thought to a single woman who, in search of a shidduch but no longer young, found encouragement in the words emphasized in the rabbi’s speech:

“And his sister stood from afar to see what would happen to him.”

I knew that Ishay Ribo could write, compose, record, and sing. Yesterday I discovered that he is also a wonderful speaker. Ribo was a guest at the Nifgashot (teenage girls’) workshop. Hundreds of girls had the opportunity to interview him via Zoom and here are some of his responses to their questions:

Hadar Shukri asked him about fame. “Fame is a side effect. It’s important to remember that. My initial and primary desire was that others should hear what I had to say. They say that if you ask a child today what they want to be when they grow up, they will say: ‘Famous.’ Okay, fine, but famous for doing what? What do you want to give to the world? Do you want to be an influencer on Instagram? I am not sure that’s the right thing for which to strive. It would be preferable, first of all, to think about what you truly want to do in this world and then, perhaps, some fame will attach itself to what you achieve.

Tamar and Emuna asked how he protects his privacy and that of his family: “I never announced this publicly, but over the last two years, I have decreased my presence on social media. This has given me a lot of peace and tranquility. Not to be thinking all the time about what people might say and what I would be expected to say in response. I felt that living by what others might think or say was not good for me. It’s necessary to be aware of what goes on around us, to be sure, but not to live according to others’ expectations and opinions.

Rotem Levi asked about the songwriting process and his inspiration for songs full of passages and ideas from Torah sources. Ishay answered: “It comes from a place higher than us. The songs are based on Midrash and words of Torah, words of the living G-d. The words in these songs are not coming from me, but from our daily prayers and from our sages. Therefore, people’s souls connect to them. People write: ‘I do not believe, I am an atheist, but this song touched me. It did something to my heart.’ Wait a minute. If you disagree with the content of the song, how could it touch you? Apparently, the power of music combined with the power of words that I manage to gather from the Torah, act upon the soul in a way that defies logic.”

Towards the end of the conversation, the girls asked Ishay to sing “Sibat HaSibot” (Prime Mover), last year’s most popular song in Israel. Yet the words of Yishai to the girls continued to echo in my mind no less than the words of this song.

Shabbat Songs For The Soul

“Shalom, my name is Yoel Shteinberg and I am a volunteer for United Hatzalah (emergency medical services organization) in Beit Shemesh. Last Friday I was shopping with my wife and as usual I took my walkie-talkie with me. While shopping, I received a call regarding an older woman who had fainted in the city’s main shopping center. I sped there with several other medics who were on call. We treated the woman but she became extremely anxious and began to hyperventilate. One of the medics tried to calm her down but then the woman asked if we could sing her Shabbat songs.

“I am a singer by profession and perform at weddings to gladden the hearts of brides and grooms. I began to sing ‘Yah Echsof – Lord, I long (for the sweetness of Shabbat).’ This is an ancient Shabbat song we sing at home every Friday night, and here I was singing it in the middle of a shopping center in order to revive a woman who had fainted.

“The other medics joined in the singing and little by little we saw color return to her face. We gradually saw her vitality return until, within a few minutes, she had returned to herself completely.

“I have provided medical assistance numerous times, but I never saw anything like this. I have been taught many different emergency treatments, but I did not know that singing Shabbat songs was one of them. Actually, though, this is precisely what Shabbat does for our souls each and every week. Shavua tov.” 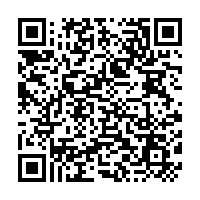