We are used to seeing “I found tefillin” notices regarding a pair of tefillin that were left yesterday morning on a bus. But what about a tallit bag that was lost fifty years ago and was just found? 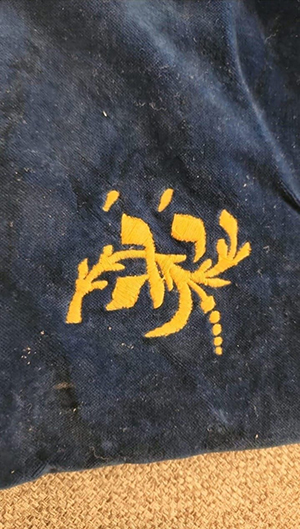 Last night, Elyashiv Gutman told me the following story: “My father, a graduate of the Har Tzion Yeshiva, was on a base in the Golan when, in the middle of Yom Kippur prayers, while fasting, a siren was heard and he ran towards a bunker, leaving his belongings behind. The Yom Kippur War had begun. After several months someone found my father’s tefillin and returned them to him, but his tallit bag had disappeared until now.

“Today my father told me that he had just received a call from someone who had been holding on to his tallit bag for fifty years. During the war, after we had taken back the area overrun by the Syrians, the tallit bag had been discovered in a disabled Syrian armored personnel carrier together with an IDF High Holiday prayer book, a Shofar, and a few other related items. One of the Israeli officers, Uri Atzmon, gathered up these items for safekeeping. Atzmon, who lives in the village of Kfar Sirkin, would display these items every Yom Kippur on a table for public viewing, where they served as objects of inspiration for the Day of Atonement.

“Atzmon had been searching for the owner of the tallit bag for years and telling the story about it everywhere without finding any leads. This year his son began displaying the tallit bag on social media, publicizing it as follows: ‘Uri Atzmon, battallion commander of armored infantry unit 43 of brigade 670, on the third day of the Yom Kippur War at the foot of Mount Givat Orcha, found a small bag embroidered with the initials Yud Gimmel. The bag will gladly be returned to its owner and all are welcome to share and forward this message.’

“After the message had been shared, there was soon recognition that the initials Yud Gimmel were those of my father, Yitzchak Gutman.

“This evening, from over-excitement, my father could barely speak. But amidst the many phone calls from family and old friends, he admitted that he always thought his tallit bag had either been burned or taken to Syria, and never imagined that he would see it again. He was so happy that, throughout the years, his tallit bag had been such a meaningful part of the Yom Kippur experience for the residents of Kfar Sirkin”.

What Was The Queen Of England’s Advice?

Elizabeth, Queen of England, passed away last week at the age of 96. We live in an age when the idea of a queen or a king is typically symbolic and far removed from our daily experience. Yet in the month of Elul it is customary to say “the King is in the field.” In other words, we feel G-d especially close to us at this time of year. Even so, for more than 70 years, until last night, there was an actual queen in Britain who wore a crown and lived in a palace protected by imperial guards.

Tzipi Hotovely, when she began her tenure as Israel’s ambassador to England, met the queen together with her husband Or Alon. She spoke about the event with me last night.

“The queen met every new ambassador to England. We rode to the meeting in a horse-drawn carriage with royal guards. Everything was very festive. Or told her that in Judaism it is appropriate to say a blessing upon meeting a king or queen. He asked her if he could make the blessing and she agreed. He said the blessing out loud in Hebrew and immediately translated it into English: ‘Blessed are You, O Lord our G-d, King of the universe, who gave of His glory to flesh and blood.” The queen appeared to be deeply affected by these words, smiled, and thanked us.

“And then my husband Or, at the end of our meeting, ignoring all protocol with a bit of Israeli chutzpah, asked what single piece of advice she would give based on her lifetime of experience. She thought for half a minute and said: ‘One piece of advice? It’s rather difficult to give only one. Finally she answered: ‘Since the outbreak of the coronavirus, we have learned that to invest in our relationships with family members and in our connections with other people is the most important thing in life.’

“As we were leaving, a royal guard with reserved demeanor who had been accompanying us asked, ‘What did she say?’ We told him and have been telling this story to others ever since, how even the Queen of England thought that investing in family and friends was the most important thing in life.”

A Class For Two, An Unforgettable Memory

Can little, undramatic acts, without a crowd to witness them, have lasting meaning? Lior Frishman, chairman of the Rehovot Religious Council, told me the following story last night.

“Once in the month of Elul, Simcha Hacohen Kook zt”l, the esteemed Chief Rabbi of Rehovot, conveyed to me his wish to say a few words of inspiration before the next day’s Selichot (prayers for divine forgiveness) in one of the city’s Sephardic synagogues. I asked if I could drive him there and he agreed.

“At 4:15 the next morning I waited for him outside his home. He requested that I first take him to the mikveh on Shoftim Street. He immersed in the mikveh and then we drove to the Sephardic synagogue. We arrived there at 4:45, entered the synagogue, and saw . . . the gabai (synagogue manager) but no one else. That was it: me, the rabbi, and the gabai. The gabai’s face turned as white as a sheet. He did not know what to do with himself. How embarrassing. Here he had invited the city’s chief rabbi, troubled him to get up before dawn, but apparently had not sufficiently publicized his appearance and therefore no one had come. What was there to do?

“Clearly, each of us would have preferred to see a synagogue full of people, but Rabbi Kook just smiled and said: ‘Gentlemen, let’s learn together. It will be a true delight to make the two of you my Torah study partners.’ I will never forget those moments. And then he added: ‘Listen well, do not be disappointed. It’s worth it for me to make the effort to get up before dawn and to come here to the synagogue even if I can open the heart of even one Jew. And look, there are two Jews here with me.’

“Since then, fifteen years have passed. I am reminded of this story every year in the month of Elul. We are accustomed to speak of Elul in terms of dramatic deeds and grandiose changes, promising ourselves the world. But every little act of ours is important. Even a class for two before dawn.” 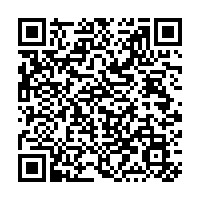