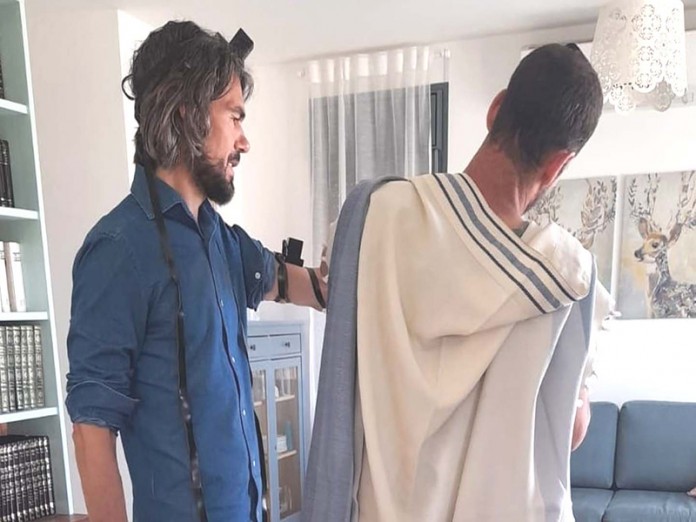 Last week commemorated the passing of Rashi, one of the greatest Torah commentators, who lived in France. We can learn much Torah from him, of course, but we should also be mindful of some fundamental truths revealed through his work.

These are among the reasons that even 917 years after his passing, millions of Jews will continue to learn Torah with Rashi.

“Shalom Sivan, my name is Becky Kahan. Several months ago, we toured the city of Venice, Italy, which, as is well-known, is built on water. In one of the canals, we saw an Italian standing on a boat upon which the words gmar chatimah tova were written in small Hebrew letters. Gmar chatimah tova – may you be inscribed for blessing (in the Book of Life) – is the greeting given on Yom Kippur and on the days preceding it.

“We asked him what this was all about and he said that his mother is Jewish. We explained to him that, if so, he is also Jewish. He said that his grandmother was a Holocaust survivor who, after the war, cut off all connection to Judaism and that he and his mother didn’t know anything.

“We joined him and his partner in his boat and discovered that he is a professor. He researches ancient languages and informed us that in another month there would be a large convention in Jerusalem to which he had been invited. We jumped at the chance to invite him to visit us.

“A month later it really happened. Professor Fabian Vitali arrived in Israel for the first time in his life. We created a packed schedule for him that included the Kotel, the Kotel tunnels, the City of David, Yad Vashem, Machane Yehuda market and, finally, an entire Shabbat in our village of Tekoa, located just south of Jerusalem.

“Fabian asked questions, demonstrated an interest in everything, was enthusiastic and impressed, joined in all the prayers, and showed excitement toward all things, big or little He said that he never had a spiritual experience like this. On Sunday morning, before he left, he saw my husband putting on tefillin and asked to join him (see photo).

“One of the things he said that really moved me was this: ‘Do you know what is so beautiful in all of this? That you seem so free and are having so much fun’. I was happy that this was how he felt about his first encounter with Torah and with Israel.

“At the end of his visit, we gave him the gift of a mezuzah. After he returned to Venice and installed the mezuzah at the entrance to his home, he sent us a picture and wrote: ‘Thank you for giving me a gift that connects my little home with our big home in Jerusalem.’

“We arranged a subscription to The Daily Portion in Italian for him and he is always asking us about it. He is studying Hebrew, saying the Shema, bringing Shabbat into his life and, of course, planning his next visit to Israel.

“I have often heard people talk about Hashgachah Pratit (Divine Providence). Indeed, we could have easily passed by his boat and not seen the Hebrew words that were written on it. But here I witnessed a meeting that seemed to happen completely by chance, but was actually the least chance meeting that could have ever been.”

Thank you, Becky, and allow me to add just one thing: Not only was this meeting not by chance, but your decision to take responsibility for Fabio’s Jewish education, and not make do with a brief chat with him, was also not by chance.