“I will never give up,” he reassured the paper’s Paris correspondent Élie Masboung on Wednesday. “I will not allow Lebanon to collapse, even less to disappear.”

However, referring to the thorny issue of negotiations on the delimitation of the maritime border with Israel, Macron warned against any adventurism in this area. According to him, Lebanon “would not survive a new conflict on the southern border, which would be much more deadly, much more destructive than that of 2006.”

In addition to the death of hundreds, perhaps thousands of Lebanese in the clashes (as well as 44 Israeli civilians), the IDF inflicted heavy damage on local industries during the war, including the country’s largest dairy farm Liban Lait in the Bekka area, the Maliban Glassworks in Tannayel, Dalal Industries producing prefabricated homes, a dealership for Procter & Gamble, two electricity transformers in south Lebanon––cutting off power to the city of Tyre––and fuel tanks of an oil-fired power station in Jiyeh. A report from the Lebanese Council for Development and Reconstruction (CDR) said that the IDF bombing campaign had destroyed more than 900 small and medium enterprises with damage to Lebanon’s civilian infrastructure estimated at close to $2.5 billion. The material damage to the private sector was estimated at $200 million with an anticipated increase in that figure due to canceled contracts.

Other repair and rebuilding costs resulting from the bombing include power supplies ($208 million), telecoms ($99 million), water ($74 million), and military installations ($16 million). The Lebanese national airline, MEA, was grounded for the duration of the conflict. Agricultural activity, particularly in south Lebanon, was abandoned due to the fighting and bombing of the irrigation system. Tourism, which accounted for 15% of Lebanon’s GDP, was severely disrupted. Foreign visitors had been expected to bring in $2.5 to $3 billion in 2006. Needless to say, they didn’t.

“No Lebanese actor has an interest in it (renewing the conflict with Israel – DI)”, Macron stressed, clearly directing his warning at Hezbollah leader Hassan Nasrallah who, as the newspaper put it, “continues to flirt with danger.”

Macron also said he wanted to see those responsible for the Beirut port disaster being put on trial and punished, and those, too, may turn out to be members of Hezbollah. The French president took the opportunity to denounce the obstacles to the investigation. “I say it again today with force: justice must be done,” he insisted.

Regarding Lebanon’s reaching the status of a failed state in recent years, Macron said “France led an exceptional and unprecedented international mobilization to avoid the brutal institutional, financial, economic, social and cultural collapse of the country which threatened after the explosion in the port of Beirut. With the Secretary General of the United Nations, I took the initiative to hold three conferences in support of the Lebanese people which, with the support of many countries and partners, made it possible to provide emergency aid so that the Lebanese, especially the most vulnerable among them, can continue to live decently, to be treated, to eat, to heat themselves, to send their children to school. So that your security forces can continue to fulfill their mission in the service of the security of the country and its population.

“Under pressure from France and several of its partners, serious negotiations with the IMF were initiated for the first time, with an agreement concluded in April. This is an important step to bring back to Lebanon the lost confidence of investors. It involves reforms to rebuild its economic model on sound foundations. It must now be implemented. It is the responsibility of all Lebanese political leaders. We are maintaining the pressure for this so that we can convene a conference of donors for which France, as always, will be there.

“I would also like to remind you that, since 2020, France’s commitment also means nearly 200 million euros in targeted aid. France has thus invested heavily in the survival of the Lebanese educational, university, and scientific system, the matrix of Lebanese excellence recognized throughout the world. And we continue. We are committed to the preservation of your health structures, the reconstruction of your heritage, and your spaces for creation and freedom of expression. So many essential sectors which condition the future of Lebanon.”

Macron is adamant about the urgent need to involve the rich Arab states, especially Saudi Arabia, in rescuing Lebanon.

“Let’s be clear: there is no stability for Lebanon without integration into its regional environment, in which Saudi Arabia is obviously a leading power,” he insisted. “There is also no Lebanese prosperity and growth without close relations with Saudi Arabia and the other Gulf countries: I remind you that even today, the Gulf absorbs half of the Lebanese exports. You know, moreover, the essential role played by the Lebanese expatriates who live there. The diplomatic crisis that erupted in the fall of 2021, therefore, posed a serious threat to Lebanon. This is why I decided to commit myself to obtaining a de-escalation and a return of the Gulf countries to Lebanon. Today, the ambassadors of Saudi Arabia and its allies are back in Beirut. Saudi Arabia contributes alongside us to a Franco-Saudi humanitarian fund.”

This is one more front where the goodwill of pro-Western wealthy Arab states can be sabotaged by their enemy, the Islamic Republic of Iran, and its Lebanese proxy, Hezbollah. It’s clear that Macron is ready to pull Lebanon out of the mud by its hair, but the task will remain formidable. 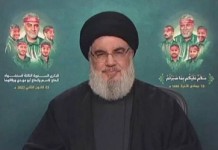 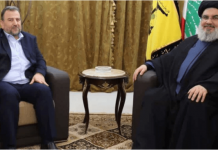 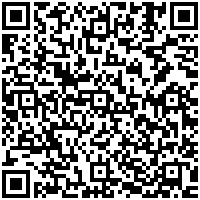