Joseph’s brothers were determined to deal with his dreams: “‘Here comes that dreamer!’ they said to each other. ‘Come now, let’s kill him and throw him into one of these cisterns … Then we’ll see what comes of his dreams’ (Genesis 37:19-20).” They don’t kill him, but they do attempt to kill the “dreamer.” They threw him into a pit, convinced that once he had to dream of escaping the pit and returning to his daddy, he’d let go of his dreams of grandeur. They failed. The dreamer lived. Sold as a slave, he rose, powered by his dreams, to rule his master’s home. Imprisoned, the dreamer rose again to run the prison. Eventually, his dreams are realized, his brothers arrive and bow to him, exactly as he dreamed as a seventeen-year-old boy.

All those years waiting for his dreams to come true. All that suffering. His dreams were realized. What happens after all those years of waiting? Did he stop dreaming?

The one who continues to dream no matter how severely his dreams are tested does not stop dreaming. Joseph died with a new dream on his lips: “Then Joseph said to his brothers, ‘I am about to die. But God will surely come to your aid and take you up out of this land to the land he promised on oath to Abraham, Isaac and Jacob.’ And Joseph made the Israelites swear an oath and said, ‘God will surely come to your aid, and then you must carry my bones up from this place’ (50:24-25).”

Chanukah is a story of dreamers. The Chashmonaim dream of defeating a mighty army and recapturing the Temple. Their dreams survived the tests of numerous defeats. They won some battles and recaptured the Temple, and they dreamed again; they dreamed that they would find a single jar of ritually pure oil in all the rubble. They dreamed that it would be enough to burn for eight days. They dreamed more, and those dreams continue to shine in the Chanukah candles.

We have always been students of Joseph; dreamers. We dreamed of returning to Israel, and we have. We dreamed of building a dynamic country despite the odds. The dreams have been sorely tested, but have been realized. Our way of dreaming despite the challenges, our determination to dream new dreams once the old have come true, shines in the flames of the Chanukah candles. We have never been people who simply want to maintain what we have. We have not survived simply by fighting negative influences, but through our dreams. We too, have been thrown into countless pits, just as was Joseph, but we do not dream only of rising from the pit, but of great accomplishments.

Those who want our observance to focus only on protecting our religious beliefs; those who fight those who dream that we can be more, greater, happier, more passionate; those who are threatened by people dreaming of becoming a true light to the nations, are joining the brothers as they toss the dreamer into the pit. I stand with Joseph the dreamer and the dreaming Maccabees as I light my candles. I will never stop dreaming, no matter how tested. I will never stop dreaming more and greater dreams.

I HAVE A DREAM… 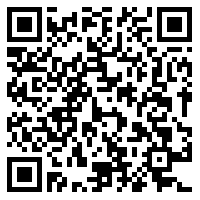