“You know David you’re going to have to tell them,” said Moti gently.


“Listen, I just think you are old enough to tell them the truth. You are almost eighteen and soon you’ll be graduating high school.”

“You know they’ll never understand; photography is not an acceptable profession for their golden boy.”

“I understand, David, I really do. But until you’re honest with them I think you should stop coming with me to my jobs.”

“Well, I just can’t tell them. So for now I’ll have to stop coming with you.”

“You know as soon as you tell them, you can officially become my assistant. Just say the word when you are ready.”

David tried to hold back his tears as he turned and waved goodbye. He did not see Moti again until many years later.

With no other choice in sight, David continued along his path until he finished high school without having any substantial plans for his future in mind.

After graduation, David began to reevaluate his options. I guess what I need to do now is just move along the path life has sent me. I have no skills to get a fancy job and no money to pay for college. So he found a job doing some office work. He was not necessarily unhappy but definitely not satisfied.

Soon after, David was lucky to marry a woman who understood his dreams and gently encouraged him at opportunity.

Unexpectedly, his boss offered him to become the graphic artist. Even though his insecurities were telling him he wouldn’t be able to do this, the stronger voice in his head was saying Wow a chance for me to create. My dream comes true. At least partially true. You see, his real deep wish was to try to create something that would give people joy.

He braved the challenge and quickly learned everything he could about graphic arts. This definitely was a bit closer to his secret goal but he still felt restless.

Silently, he debated whether he should just go out on his own. He was scared to make a change. What he really wanted to do was to become a photographer. To tell stories with his work, to create for people a keepsake to remember the joyful events in their lives.

He even took pictures for his friends sometimes. He captured their happy occasions such as birthdays, anniversaries and once even his friend’s wedding with his simple camera.

His friends and family loved his work. They would ooohh and ahh at the beautiful pictures. He had a variety of many beautiful photos hung artistically around his home.

As luck would have it, about a year after he started working as a graphic artist, his boss dropped off some urgent files at his home. He was invited in and given a tour. He became very excited when he saw the photos that were displayed all around.

“Wow,” his boss exclaimed, “You took those pictures? You have real talent; why are working for me?” Without even waiting for an answer he continued, “You must do something about this talent. I would hate to lose you to a new career, but these photos are stunning. I had no idea you could do this.”

David just smiled sheepishly and shrugged. For the past year he had been searching for ways to move forward with his photography. Was this a sign for him?

He was unable to sleep a wink that night. His fear and aspirations battled on. He jumped up out of bed and began pacing the house. How can I possibly give up a steady job and put my family at financial risk? On the other hand, how I cannot? If I do not get up my nerve now, I never will.

Finally as the sun rose he reached a decision.

That day he was going to speak to his boss and give his notice. It was time for him to move on.

His hands were shaking so hard he almost could not start the car. The whole year I have been confused and unable to make a decision, but I have to try. At worst, I won’t succeed. I don’t want to have any regrets.

Slowly he pushed open the office door. He gulped down his fear and went to knock on his boss’s door. “Come in. Oh, good morning, David. What can I do for you?”

“Well, he faltered, I have decided to take your advice to heart. Thank you so much for your kind words yesterday. It helped me finalize my decision. I am leaving.”

“We will miss you here, David, but I think it is great you are doing this for yourself. I accept your notice and if you ever need to come back, the door remains open.

Feeling empowered he went to the bank to set up a loan. “Mr. Green you really don’t have much of a credit rating. Do you have any collateral?” “Not really,” he mumbled. “But please can’t you ask the manager.”

They went back and forth for an hour or so. It was not easy to persevere, but something inside him wouldn’t give up. Finally after seeing his determination the bank manager was called in and reluctantly agreed to a loan for half the requested amount.

Two weeks after he gave notice he set out on his own. He networked and called other photographers. He started working as an assistant photographer. Amazingly in a very short amount of time these photographers saw his special talent. They began giving him their extra jobs.

His confidence grew as his clientele increased and their satisfaction became obvious. Two years later he is a popular photographer who specializes in Bar/Bat mitzvahs. His name has become known and he enjoys his work tremendously.

David is grateful to the people who helped him believe in himself.

His advice to others who are hesitant about following their desire: Keep striving to fulfill your dreams. With hard work and perseverance they could come true.

I HAVE A DREAM…

The Story Of Daniel 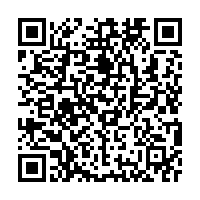