It was the Septuagint, the early Greek translation of the Hebrew Bible, that translated tzara’at, the condition whose identification and cleansing occupies much of Parshiyot Tazria and Metzora as lepra, giving rise to a long tradition identifying it with leprosy.

That tradition is now widely acknowledged to be incorrect. First, the condition described in the Torah simply does not fit the symptoms of leprosy. Second, the Torah applies it not only to various skin conditions but also to mildew on clothes and the walls of houses, which certainly rules out any known disease. The Rambam puts it best: “Tzara’at is a comprehensive term covering a number of dissimilar conditions. Thus whiteness in a person’s skin is called tzara’at. The falling off of some of his hair on the head or the chin is called tzara’at. A change of color in garments or in houses is called tzara’at” (Hilchot Tumat Tzara’at 16:10).


Seeking to identify the nature of the phenomenon, the Sages sought for clues elsewhere in the Torah and found them readily available. Miriam was smitten by tzara’at for speaking badly about her brother Moses (Numbers 12:10). The Torah later gives special emphasis to this event, seeing in it a warning for all generations: “Be careful with regard to the plague of tzara’at … Remember what the Lord your God did to Miriam along the way after you came out of Egypt” (Deuteronomy 24:8-9).

It was, in other words, no normal phenomenon but a specific divine punishment for lashon hara, evil speech. The rabbis drew attention to the verbal similarity between metzora, a person afflicted by the condition, and motzi shem ra, someone guilty of slander.

Rambam, on the basis of rabbinic traditions, gives a brilliant account of why tzara’at afflicted both inanimate objects like walls and clothes, and human beings:

The most compelling illustration of what the tradition is speaking about when it talks of the gravity of motsi shem ra (slander) and lashon hara (evil speech) is Shakespeare’s tragedy Othello. Iago, a high-ranking soldier, is bitterly resentful of Othello, a Moorish general in the army of Venice. Othello has promoted a younger man, Cassio, over the more experienced Iago, who is determined to take revenge. He does so in a prolonged and vicious campaign, which involves, among other things, tricking Othello into the suspicion that his wife, Desdemona, is having an adulterous affair with Cassio. Othello asks Iago to kill Cassio, and he himself kills Desdemona, smothering her in her bed. Emilia, Iago’s wife and Desdemona’s attendant, discovers her mistress dead and as Othello explains why he has killed her, realizes the nature of her husband’s plot and exposes it. Othello, in guilt and grief, commits suicide, while Iago is arrested and taken to be tortured and possibly executed.

It is a play entirely about the evil of slander and suspicion, and portrays literally what the sages said figuratively, that “Evil speech kills three people: the one who says it, the one who listens to it, and the one about whom it is said” (Arachin 15b).

Shakespeare’s tragedy makes it painfully clear how much evil speech lives in the dark corners of suspicion. Had the others known what Iago was saying to stir up fear and distrust, the facts might have become known and the tragedy averted. As it was, he was able to mislead the various characters, playing on their emotional weaknesses and envy, getting each to believe the worst about one another. It ends in serial bloodshed and disaster.

Hence the poetic justice Jewish tradition attributes to one of the least poetic of biblical passages, the laws relating to skin diseases and mildew. The slanderer spreads his lies in private, but his evil is exposed in public. First the walls of his house proclaim his sin, then the leather objects on which he sits, then his clothes, and eventually his skin itself. He is condemned to the humiliation of isolation:

“Unclean! Unclean!” he must call out … Since he is unclean, he must remain alone, and his place shall be outside the camp (Leviticus 13:45-46). Said the rabbis: Because his words separated husband from wife and brother from brother, his punishment is that he is separated from human contact and made an outcast from society (Arachin 16b).

At its highest, WikiLeaks aims at being today’s functional equivalent of the law of the metzora: an attempt to make public the discreditable things people do and say in private. The Sages said about evil speech that it was as bad as idolatry, incest and murder combined, and it was Shakespeare’s genius to show us one dramatic way in which it can contaminate human relationships, turning people against one another with tragic consequences. 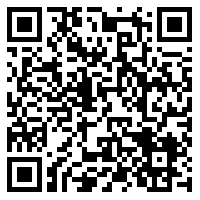