In this week’s parshah, Hashem commands Avraham Avinu to perform the mitzvah of bris milah. We once discussed a question that several Achronim ask regarding this mitzvah, and I want to share some new thoughts on the matter. The Achronim ask that since the Gemaras in Kiddushin 82a and Yuma 28b say that Avraham kept the entire Torah, even though it was not yet given, why then did Avraham not perform a bris milah on himself earlier? Why did he wait until he was commanded to do so at age 99?

The Mizrachi, on this pasuk, answers that the Gemara in Kiddushin 31a says that the performance of a mitzvah when one is commanded to do so is greater than its performance when he is not commanded. Thus, to gain the mitzvah, Avraham decided to wait until he was commanded to perform it.


The Brisker Rav answers that Avraham kept the entire Torah even though it was not yet given. However, certain mitzvos, due to the lack of their physical existence, were impossible for him to perform – and therefore were not considered as if he didn’t perform them.

With this understanding we can also answer another question. The pasuk in this week’s parshah (Bereishis 17:3) says that when Hashem spoke to Avraham regarding the mitzvah of bris milah, Avraham fell on his face. Rashi explains that this happened because he was an arel (uncircumcised male). As we find that Hashem spoke to Avraham many times before this episode, why only now did Avraham fall on his face because he was uncircumcised? According to the p’shat of the Brisker Rav, that prior to the commandment that he be circumcised the foreskin was not considered orlah, we can understand why Avraham never felt the need to fall on his face while talking to Hashem until this time: because before this commandment, he was not considered an arel.

Another example of a mitzvah where the concept did not exist prior to it being commanded is the mitzvah of kiddushin. Although there was a form of marriage before the Torah was given, it was of a different status. With this the Brisker Rav explains how Yaakov Avinu was permitted to marry sisters. He explains that only under the new status of kiddushin is it forbidden to marry sisters, whereas the marital status that existed prior to the giving of the Torah did not prohibit marrying sisters.

There is another answer as to why Avraham did not perform the mitzvah of bris milah prior to being commanded to do so, even though he kept the rest of the Torah. Bris milah is a bris (covenant) between two parties. Before the other party agrees to a covenant, there cannot be a covenant. Therefore, prior to being commanded to perform a bris milah, Avraham could not do so on his own – for it would not be a covenant.

On this pasuk, the Panim Yafos (who also authored the Sefer Hafla’ah) offers another answer to this question. He says that the prohibition of not wounding oneself extends to bnei Noach as well. Therefore, prior to being commanded to do so, Avraham could not perform a bris milah on himself, as it was prohibited to wound himself. He explains that this was the reason that the people of Avraham’s generation protested Avraham’s performing a bris. Since they were not aware of the new commandment, they argued that it was prohibited. Thus Avraham had to perform the bris, as no one else heard the commandment. 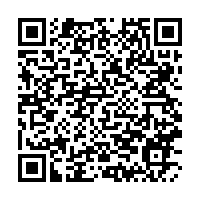