This assimilation, which commenced in Germany, spread like wildfire from Western to Eastern Europe. In countries such as Poland, Russia, and Lithuania it took on a somewhat different form. Communism, socialism, and a host of other secular Jewish movements, all of which rejected G-d and Torah, became the ideologies of many Jews. Painful stories of non-observant Jews mocking and attacking their religion and their religious brethren were all too commonplace.

Yes, there were many spiritual giants as well as multitudes of ordinary pious people who clung to the Torah, but they could not overcome the waves of assimilation sweeping over Europe. Torah leaders like the Meshech Chochmah, Rabbi Meir Simcha HaKohen of Dvinsk, Lithuania, sounded the alarm and warned that because Berlin was being proclaimed the “new Jerusalem,” it would be from Berlin that tragedy would spill forth. But his warning fell on deaf ears, as did the words of the Chofetz Chaim, Rabbi Elchanan Wasserman, and other Torah sages.


We are a nation that can be likened to passengers on a boat. A single Jew can drill a hole under his seat, protesting it is his right to do so and no one’s business but his own, but once the hole is drilled the water will gush in, the boat will sink, and multitudes will perish. At Sinai our nation stood “as one man with one heart” and in unison we proclaimed“We shall do and we shall hear” rather than “I shall do and I shall hear.” At Sinai “all of Israel became responsible for one another.”

The covenant G-d sealed with us is eternal. It is our destiny to be His witnesses: “.…This nation I have created so that they might sing My praise” (Isaiah 43:21). Should we attempt to escape our mission, there will always be those ready to remind us of our calling. 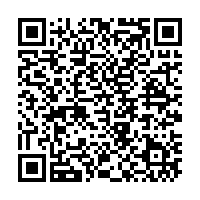