Prime Minister Benjamin Netanyahu is meeting Saturday night with the heads of the Haredi coalition partners in an attempt to solve the military draft crisis. According to Walla, Netanyahu is trying to reach an agreement on the wording of a new IDF draft bill to be put to a vote before the ministerial committee for legislation this week, ahead of the vote on the budget. In return, the PM is demanding that the Haredim commit to no more controversial moves on state and religion issues until the end of this government’s term, in November 2019, as well as their commitment to support the Nationality Law.

“We ask the Haredim not to bring up any more controversial issues: not kashrut, not the Rabbinate, and no more explosives until the end of the term,” an official close to Netanyahu told Walla.


The Haredi politicians are expected to turn to their Torah Sages to obtain their agreement on the proposed compromise, as well as their acceptance of letting the IDF draft bill only go through the ministerial committee and not, as the Gerrer Rebbe has been insisting, through three consecutive Knesset plenum votes that would make it a law – before the vote on the budget.

If the Gerrer Rebbe, who is the force behind Deputy Health Minister Yakove Litzman (UTJ), sticks to his guns about running the full vote on the bill to end before ever tending to the budget bill, it would effectively spell the end of Netanyahu’s coalition government, whose Finance Minister Moshe Kahlon (Kulanu) has vowed to leave the government if the budget does not pass before Passover, and whose Defense Minister Avigdor Liberman (Yisrael Beiteinu) has been shooting poison arrows the Haredim for weeks now.

According to Israeli media, the other partners in UTJ are not ready to give up on the most pro-Haredi coalition government in the history of Haredi parties in Israel. It is likely that should the Gerrer Rebbe insist on an all-or-nothing approach, he would meet with resistance. 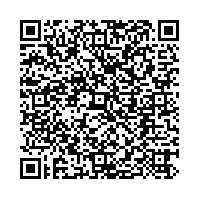