Special Note: In last week’s column I published a tragic letter from a young Israeli girl who was at death’s door. Subsequently, I received much e-mail in response to her painful cry, and I will share one of them with you. Next week I will respond to the letters.

The letter that you published in your last column broke me up. When I read it I couldn’t stop crying. It hit me in a very sensitive spot, for I too was there.

Before I relate my story may I ask that if you decide to publish my letter, please omit my name? I do hope that you will share my experience with your readers. If just one person learns from it, I will feel amply rewarded.

In many ways, my story is similar to that of Revital, a”h, your letter writer. I too was raised in a religious home and attended yeshivos, but despite it all, I lost my way and began to conduct myself in an inappropriate manner, unbefitting a bas Yisroel. The underlying causes were different from Revital; I was not blessed with special beauty… I did not have long, gorgeous hair. As a matter of fact, I don’t think anyone ever considered me pretty…. so that which pushed me over the edge was not that which was the undoing of Revital, although the end result was almost the same.

Revital wrote that she enjoyed people staring at her and commenting on her “exceptional beauty.” I guess that psychologists would say that my lack of good looks led me in the same direction. I also wanted people to look at me. I, too, wanted to call attention to my appearance, although, I never consciously made such a decision, nor was I ever aware that that was the underlying motivation for my rebellion.

I remember the day when by mother was called by the yeshiva and told to find another school for me. My desperate parents had difficulty finding a yeshiva that would accept me. I remember seeing my mother’s tears, and yet I refused to see them. I remember hearing my father’s voice and yet, I chose not to hear him. I don’t know how I could have been so insensitive to the two people who loved me the most.

My siblings were mortified. My sister, who was up for a shidduch, was terrified that, because of me, she would never receive any recommendations. There was constant tension in the house, and with each passing day, I grew more and more obdurate.

Then, one summer day, I had a most agonizing wake-up call. My sister, that beautiful, pure soul, who was hoping to find a shidduch, was in a terrible car accident. Her life was hanging by a thread. Our entire family was destroyed. How could such a tragedy befall a girl who was such a perfect embodiment of chesed, so totally devoted to Torah and mitzvos? I felt responsible…surely, I thought, it must be because of me.

But then I thought, “Why would Hashem punish my wonderful sister because of my sins? It didn’t make sense. Don’t go on a guilt trip,” I told myself. Still, the feeling that I was somehow responsible kept gnawing at my heart. I tried to rationalize my emotions.

“Don’t get carried away…don’t lose it,” I said to myself. I wanted to daven for my sister, but I felt hypocritical taking a siddur in my hand. I had given up davening a long time ago, so I continued along my old path, behaving as I always did, and yet, the feeling that somehow, it was all my fault, gave me no peace.

I couldn’t stand seeing my parents’ suffering; I couldn’t bear seeing my bubbie crying day and night, and while no one said anything to me, I felt that they were all pointing a finger at me and blaming me.

My sister had to undergo several surgical procedures, which were followed by rehab. One day, while visiting her at the rehab center, she asked to speak to me privately. With tears running down her beautiful cheeks, she asked me to do her a favor. “If you will do teshuvah,” she said, “if you will give up all this craziness, if you will daven for me, in that merit, Hashem will grant me a refuah shlaimah. Please,” she pleaded. “Do it for me!”

I felt resentful and angry. Why was I being blamed? Was my sister suggesting that it was my fault that she had this accident? “That’s ridiculous,” I told myself. “She’s trying to lay a guilt trip on me . I’m not going to listen. I felt myself hardening and rejecting her pleas and continued my old ways. But I felt more and more troubled. My life became suffocating. What only yesterday I had regarded as “fun” and “exciting” became ugly and oppressive. I felt repelled by the “craziness” that was reflective of my life style, but I also felt that I had traveled too far and it was too late to come home.

Then, someone gave me your book, Life Is A Test. Actually it was given to me so that I might give it to my sister, who was making slow, painful progress. I thumbed through the pages and came upon the story of Nikki – Nechama, whose experience was, in many ways, similar to my own. I read her story and I couldn’t stop crying.

You probably won’t remember, but I e-mailed you at that time and asked how I could start on the long journey home, never expecting you to reply. But I received an answer immediately, and you wrote something that I will never forget – something that I found life transforming. You related the story of a man who, even as I, wanted to discover the path that would lead him home. He consulted a Rebbe and asked, “How far is the path of teshuvah?”

The Rebbe gazed at him quizzically and replied, “As far as East is from West.”

“So far!” the man cried out in dismay.

“No,” the Rebbe answered calmly – so near. You just have to make one turn in the right direction and if you do that, Hashem will take your hand and show you the way.”

I ran to the hospital – I shared your e-mail with my sister. We hugged and cried and discussed how I would make that turn, and Baruch Hashem, I did.

It’s now three years later. Baruch Hashem, my sister recovered and was married just a few weeks ago, and I am on my way. I am engaged to an amazing man who understands where I was and appreciates how I came back. B’Ezrat Hashem, I will be married after Sukkot. I will be sending you an invitation and hope that you will come, even if it’s just to the chuppah. It would mean so much to all of us.

I write this letter, not only to share my story, which, Baruch Hashem, has a happy ending, unlike that of Revital, but also because there is a question that keeps bothering me… “Why did my poor sister have to suffer because of me? It’s so unfair.”

Mind you, I’m not, chas v’shalom, questioning G-d’s justice, but still, I don’t understand why someone so innocent and pure should have had to pay for my sins? If you could shed some light on this, I would be most grateful. 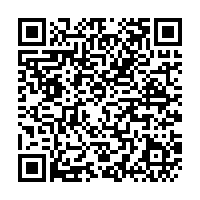