My daughter, Slovie Jungreis Wolff, author of, Raising a Child With Soul, conducts our Hineni parenting classes. A very painful situation befell one of the young couples that attend her seminars. Like a bolt out of the blue, their five-year-old little girl was struck by devastating illness – a brain tumor. Lily (Leah Chana), an adorable precious child, fought bravely throughout endless tests, procedures, and treatments. My daughter visited her and was awed by her faith and courage. Her story impacted on the entire class, and everyone committed to more mitzvos, prayer and tzedakah on her behalf.

Slovie presented her with a pushkeh to decorate. Lily loved painting that pushkeh with vivid, bright colors and would joyously drop her coins into it. One day her teacher asked, “Where should we give the money that we collect for tzedakah?” Lily raised her hand immediately. “To my doctor’s office so that all the children who come there should have toys, because many of the toys are broken.”

She was only five years old when Hashem called her, but because of Lily, countless people discovered the power of prayer, beauty of Shabbos, awesomeness of mitzvos and the meaning of tzedakah. There is no doubt that Lily returned her neshamah to her Creator on the wings of all those prayers and left behind a legacy that transcends time, that testifies that life is measured and evaluated, not by the length of our years, but by the meaning of our days.

The following is an article written by Slovie describing what transpired following Lily’s return to her Heavenly Father:

Laughter, smiles and congratulations fill the sunlit room as the eight-day-old infant is carried in amid sounds, which seem perfectly normal at an ordinary Bris. But this is no ordinary Bris.

Only five months before, we were all shell-shocked, sitting in the pews and contemplating an indescribable loss. Little Lily, just five years old, returned her soul to Heaven. Sweet Leah Chana, who fought valiantly, who wished to give tzedakah to buy toys for the children in her doctor’s office, had breathed her last breath. She had been a precious diamond, sparkling here on earth, and now Hashem had reclaimed His jewel.

A sea of tears was shed. A thousand people cried as one that day. This little child had touched so many with her giggles and delicious hello. Family, neighbors, friends, teachers, even the local Sanitation Workers all had a story to tell about Lily. She loved glittery ladybugs, and to dress up in feathers and lace, but most of all, she loved to watch her Mommy kindle the lights of Shabbos and hear her Daddy make Kiddush.

Days may pass, but hearts are still filled. We have faith; we hold onto the strength of our forefathers, yet the loss leaves us cold and aching. Wouldn’t it be incredible if somehow we receive a message of solace from Above?

Felicia, Lily’s mother, called to tell me her delightful news. She was expecting a son this April, with G-d’s help. She was thinking about the baby’s name and wondering if there could somehow be a connection to Lily’s Hebrew name.

Some time later, Felicia called again with a most amazing story. The baby’s name became crystal clear to us; the story tucked away to be shared at the right time.

It was right after the name was given at the Bris that Felicia spoke to family and friends. Felicia clasped the hands of her four-year old daughter, Lauren, in hers. Greg held their newborn son who slept contentedly in his arms, oblivious to the emotions that enveloped us all in the room that day.

“One night, not too long ago, I had a dream. I dreamt that I saw a basket in a river, floating along the water. Inside the basket lay a little baby. I didn’t know who it was, but then I noticed something. There were these long blades of grass, reeds, really, that were growing along the banks of the river. And then I saw an image amid the tall grass. It was an image of a little girl who was watching the basket from afar, not letting it out of her sight. The thought came to me in my dream that this is baby Moses with his sister Miriam watching over him.

“I woke up and immediately remembered my dream. But I didn’t know if this all had really happened like this in the Torah…I hadn’t studied the story of Moses since I was a child. I went to my bookshelf and pulled out the Chumash (Bible) that we keep in our home. I didn’t even know where to look so I opened it up randomly. And then I gasped, because there on the page in front of my eyes lay the story of baby Moshe and his sister watching over him. I had opened to the exact page! I hadn’t read the story in years and I couldn’t believe it was exactly as I had dreamt.”

At this point, Felicia opened the Chumash that she had brought with her from home. She had marked the spot and began to read.

” ‘The woman conceived and gave birth to a son. She saw that he was good and she hid him for three months. She could not hide him any longer, so she took for him a wicker basket and smeared it with clay and pitch; she placed the child into it and placed it among the reeds at the bank of the river. His sister stationed herself at a distance to know what would be done with him’ ” (Exodus 2, 2-4).

Felicia glanced at her husband, Gregg and then at her newborn before she continued to speak.

“I know this sounds unusual. Believe me, I am not one who has ever had biblical dreams. But to me this dream was clearly a message from our Lily, our Leah Chana, from above. She has sent us this new precious neshamah, this beautiful soul. And she sent us this baby in a river, a river of our tears. She is watching over him from afar, standing at a distance. Our baby is so fortunate to have his big sister caring for him from the heavens above and his other sister, Lauren, watching him here, below.

And now you can all understand our baby’s Jewish name. We called him Moshe Chananya. Moshe, for baby Moses who was placed in the river, where his sister watched over him. And Chananya, because Lily’s Hebrew name was Chana. Chananya means ‘with the grace of G-d.’ Our prayer is that Moshe Chananya always be blessed and find grace in the eyes of G-d.”

I looked around the room. There was not a dry eye. We were immersed in our thoughts, memories, and good wishes. Then I thought to myself, “Is this not the story of our people?” Despite all the pain, darkness, and long exiles, we never lose hope. Our light is never extinguished.

Please Help My Parents Pay For My Transplant 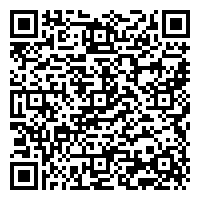